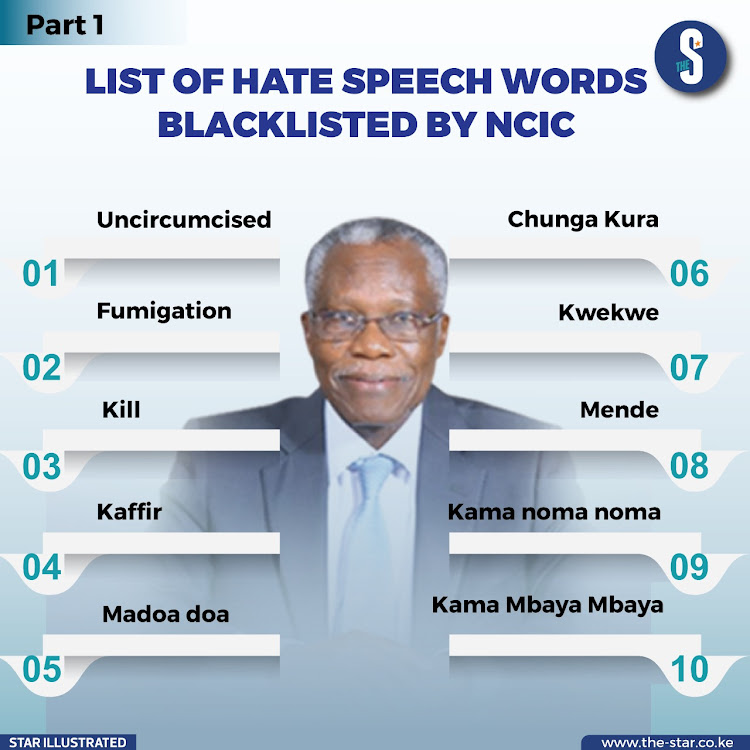 Six counties are highly likely to experience electoral violence during the 2022 General Elections, a report by the National Cohesion and Integration Commission (NCIC) shows.

The report, launched on Tuesday and seen by the Star, names Nairobi, Nakuru, Kericho, Kisumu, Uasin Gishu and Mombasa as areas likely to experience electoral violence before, during or after the polls.

“Six counties recorded an inflated vulnerability for electoral violence in the upcoming General Elections.  The major impending threat being pre-existing conflicts around issues of inequalities in the distribution of resources, high population density in informal settlements and infiltration of organised criminal gangs and groups,” the report says.

Chief Justice and President of the Supreme Court, Martha Koome will be the guest of honour during the launch of the report at Sankara Hotel in Westlands, Nairobi.

NCIC conducted a hotspot mapping to get an understanding of the peace and security situation in the country to inform programming for the prevention of electoral violence ahead of the 2022 General Elections.

The months leading up to and after elections have been the most violent periods in Kenya’s post-independence history.

More than 1,200 people were killed and an estimated 600,000 displaced during the 2007 elections. The report also put Kenya's national electoral violence index at 53.43 per cent.

The report says that ten counties are at a medium-high risk and are prone to electoral violence in the upcoming polls while 31 are likely to experience peaceful elections.

The report points out an ongoing emergence and re-emergence of organised criminal gangs -especially juvenile groups, gangs, goons and militia.

It further says the use of drugs and substance abuse is rampant and could be a catalyst for electoral violence.

It also points out that there is a rise in the use of hate speech, propaganda and political rhetoric in public spaces and social media platforms- a key trigger of electoral violence.

The report, however, notes that Kenyans have strong faith in the capacity of state and non-state actors to address emerging conflicts.

It said Nairobi County is seen as the epicentre of political contestation with significant ripple effects on other counties.

On February 18, NCIC released a report that named 23 counties as possible hotspots for violence before, during and after the August elections.

Ethnic balkanisation and zoning of the country by politicians increased inflammatory attacks and hate speech by prominent leaders, misuse of social media platforms to perpetuate ethnic hate speech and incitement to violence are some of the issues NCIC listed.

Others were demonstrations/ hooliganism by followers of different political groups – with potential for political violence and chest-thumping among key coalition leaders that there is no way they will lose elections.

In a gazette notice published on March 11, Koome said the appointments took effect from January 19, 2022.

The appointments were made in all counties, but some devolved units got more special magistrates than others.

Nairobi has the highest number of special magistrates at seven, while Kiambu, Nakuru and Nyeri have five each.

Koome said courts prioritising crimes of hate speech will be set up in select hotspots to deal with matters under the National Cohesion and Integration Act.

This will level the playing field for all candidates and facilitate a free and fair election.
Opinion
6 months ago