Daniel Kobei says despite the land mark win five years ago, the problems they faced have not ended. 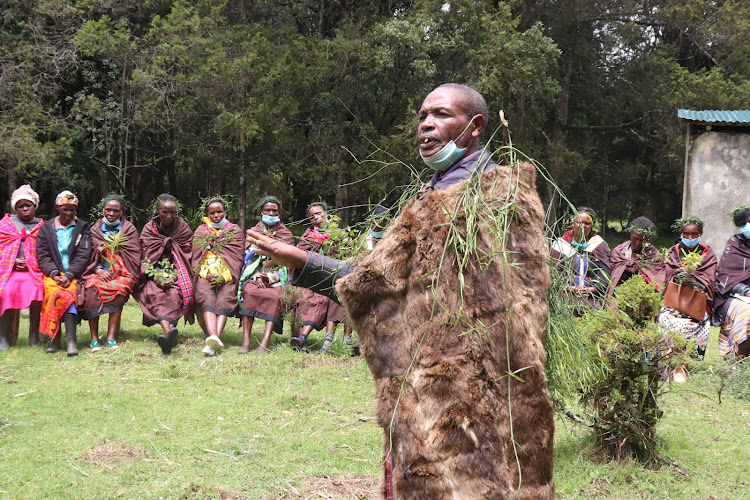 The Ogiek community has asked the government to speed up the implementation of the African Court judgment.

Marking the Ogiek Day celebrations on Thursday, Ogiek Peoples' Development Program executive director Daniel Kobei said despite the landmark win five years ago, the problems they faced have not ended.

The day is the anniversary of the decision of the African Court on Human and People’s Rights on the Ogiek case on May 26, 2017.

“For instance, in 2020, those living in the East Mau areas were evicted amidst the Covid-19 pandemic," Kobei said in a statement.

He reiterated that the Ogiek community wants to be included in all discussions and decisions on Mau forest, which he said is their ancestral home.

“Nothing should be discussed about our lands without us being present,” he said, noting that the ruling gave hope to over 45,000 members of the community.

“We, the Ogiek community, remind the government that we submitted our historical land injustices claims in September 2021 in order to ensure that we are given our community land without fail. It is the same reason that pushed us to go to a local court to push for the implementation of the African Court ruling and not a prototype as we will not give up until justice is delivered to us”.

Kobei said the African court recognised the community as indigenous people deserving special treatment due to their vulnerability due to decades of marginalisation.

In the eight-year battle, the community through the Ogiek Peoples' Development Program and Centre for Minority Rights Development, accused the government of violations of the right to life, property, natural resources, development, religion, culture and non-discrimination under the African Charter on Human and Peoples’ Rights.

In its first-ever of such cases, the court found the Kenyan government had violated various articles of the African Charter on Human and People’s Rights, including denial of Ogiek land rights and their religious and cultural and hunter-gather practices.

Soon thereafter — on November 10, 2017 — the government gazetted a task force on implementing the ruling.

Its role — for six months — was “to study the judgment of the African Court and any other local judgments related to the case as well as relevant laws and policies, and to establish the status of the land in question”.

The government was, however, accused of failing to consult the community in the process.

Since the Ministry of Environment received the report, not much has happened and five years later, the ruling is yet to be implemented.

The government has not given reasons why it is yet to implement the judgement.

Environment Cabinet Secretary Keriako Tobiko had not responded to the inquiry via phone by the time of publishing.

Those to be resettled include the Kipsigis, Tugens and Ogieks.
News - Page 7
2 years ago

Ogieks open up to the world

They are trading in herbs, honey, baskets and tree nurseries
News
2 years ago

30,000 Ogieks likely to be homeless after evictions

One of eight children whose father, a p rimary school teaacher, inspired to aim high.
Counties
2 years ago

Ogieks demand single title for land in Bomet and Kericho