Ministry and health advocates fight to protect youths from harmful addiction; BAT pushes to save its factory

•The Finance Bill proposes to change the taxation regime for liquid nicotine from the current (zero) shillings per unit to an excise duty of Sh70 per millilitre.

•BAT-Kenya boss Chrispin Achola said the company has built a new factory and would suffer if taxes are raised. 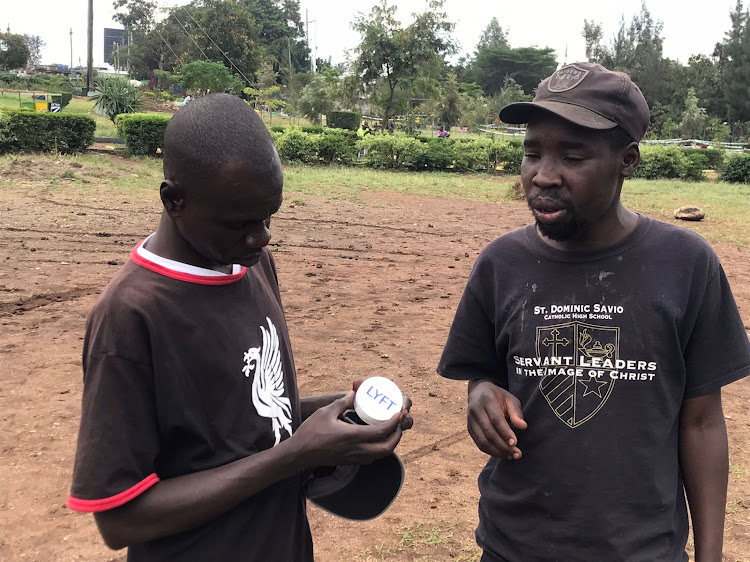 ADDICTIVE: Young people use nicotine pouches at Kamukunji grounds in Nairobi in April

Health experts are fighting a campaign by tobacco companies to have MPs lower taxes on nicotine and cigarettes.

The experts said such a move would be unthinkable when Kenya is struggling with non-communicable diseases caused by the use of cigarettes and nicotine.

The experts, led by  the Tobacco Control Board, Non-communicable Diseases Alliance Kenya and Tobacco and Health Promotion Alliance, said MPs should either uphold or increase proposed taxes on nicotine and cigarettes.

“We’re having to pay more for the increased burden of cardiovascular diseases and other NCDs in Kenya. Even though the government is looking at increasing revenue," Dr Catherine Karekezi the executive director at NCDA-K said.

"When you consider the adverse health effect and how much these products are costing us, then they should be taxed more and the funds should go to health care."

NCDA-K is the umbrella body for all organisations fighting non-communicable diseases in Kenya.

The experts spoke on the final day for public participation on the Finance Bill 2022, organised by the National Assembly Finance and Planning Committee.

The Gladys Wanga-led committee is expected to table its recommendations in the National Assembly next week.

MPs will then debate the recommendations and adopt or make adjustments where necessary before they vote for the Bill to become law by end of this month.

"These dangerous nicotine products are accessible to minors which means the rate at which young people are recruited into drugs abuse is high. It is our belief this budget will reduce the harmful consumption of these products."

Nancy Gachoka, the acting chairperson of the TCB said higher taxes are important to control nicotine addiction among young people.

“We cannot allow our young people to spend the rest of their lives chained to nicotine addiction. Nicotine itself is dangerous and highly addictive," she said.

"Studies have shown it can cause an increase in blood pressure, heart rate, flow of blood to the heart and a narrowing of the arteries.”

The Finance Bill proposes to change the taxation regime for liquid nicotine from the current (zero) shillings per unit to an excise duty of Sh70 per millilitre.

The Bill also proposes an increase in prices for cigarettes with filters from Sh3,447.61 per mille (one thousand sticks) to Sh3,825.99 per mille.

Increase in prices for cigarettes without filters (plain cigarettes) from Sh2502.74 per mille to Sh2752.97 per mille.

He said the company has built a new factory to produce nicotine pouches and it would suffer if taxes are raised.

“If not reviewed, the proposal will result in our inability to launch these products, foreclosing what should have been a new revenue stream for the government. Our factory will no longer be commercially viable,” he told the Finance Committee.

BAT produces Lyft (now called Velo), which was temporarily banned in 2021 because it was illegally registered as medicine by the Pharmacy and Poisons Board.

National chairman of the THPA, Joel Gitali, said Achola’s comments were misleading because the pouches are still in the market.

“Parliament should even increase the amount and come up with more measures. It should not try to please the tobacco industry," Gitali said.

"These dangerous nicotine products are accessible to minors which means the rate at which young people are recruited into drugs abuse is high. It is our belief this budget will reduce the harmful consumption of these products."

Dr Nyambura Salome, a social scientist and lecturer at Kenyatta University, said use of tobacco and nicotine products has been confirmed as an entry point to other drugs such as bhang, heroin and nicotine.

“The nicotine pouches are nine times more potent than cigarettes. Their concentration is unbelievably high. One girl we interviewed said she didn’t know they contain nicotine when she used them. She felt sick with nausea and felt like throwing up," Dr Nyambura said.

"Yet the pouches are packaged very beautifully. This is because the industry has not yet complied with directives by the Ministry of Health to put pictorial warnings showing these products are harmful and can cause death."

Nairobi-based International Institute of Legislative affairs also made a case for higher taxes on nicotine and cigarettes before the MPs on Wednesday.

The presentation was made by IILA CEO Celine Awuor.

Will make products out of reach for the majority.
Business
2 weeks ago

It said poor parenting is one of the roots of drug, and substance abuse in scho0ls.
News
3 weeks ago

They say nicotine abuse is one of the fastest-growing public health crisis in Kenya.
News
1 month ago

Yatani also proposed a change in taxation regime of liquid nicotine.
News
1 month ago
“WATCH: The latest videos from the Star”
by JOHN MUCHANGI Science Editor
News
13 May 2022 - 23:00