His entry follows a decision by Kilonzo to front him as his preferred running mate.

•In a scientific poll that was conducted by the party, a Malombe candidature seems to be more popular that the Kilonzo-Muasya ticket. 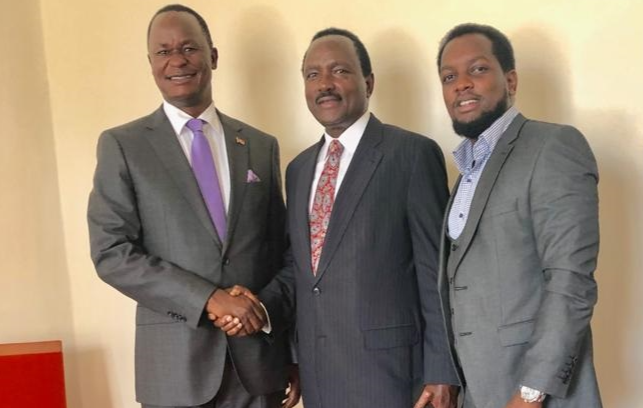 His entry follows a decision by Kilonzo to front him as his preferred running mate for the Kitui Governor race on the Wiper party ticket.

Kalonzo is now faced with a dilemma on how to give the Wiper ticket without encountering a fallout within the party.

In a scientific poll that was conducted by the party, a Malombe candidature seems to be more popular that the Kilonzo-Muasya ticket.

Malombe led with a 60% score compared to Kilonzo who enjoys only about 8% support from the local voters.

Musila, who decamped to the Jubilee party after discrediting the poll, managed 21 per cent support.

Speaking during the launch of his manifesto a week ago, Malombe said it would be a waste of time and resources to go for nominations with an aspirant who has scored below 10 per cent.

Wiper officials are now plotting for a consensus between Malombe and Kilonzo but the ambassador and his running mate maintain that they are the best team.

The Wiper party has not made a decision on who to endorse or give a preferred lineup for the Kitui governor seat.

Muasya becomes the latest son of the former Vice President who has expressed interest to extend his father's legacy.

Kalonzo: Whether I'm deputy or not, it's time for Raila presidency

Kalonzo appeared to rubbish demands that he must be Raila's running mate.
News
9 months ago

Kalonzo's son touted as next deputy governor of Kitui