Out of the 549 health workers who had gone on strike, only 190 resumed their duties

•County secretary Joe Muriuki said their vacancies were filled by a team of new medics per the law.

•The county is now advising the health workers to be on the lookout for job opportunities the county government may advertise as it purposes to expand the health sector. 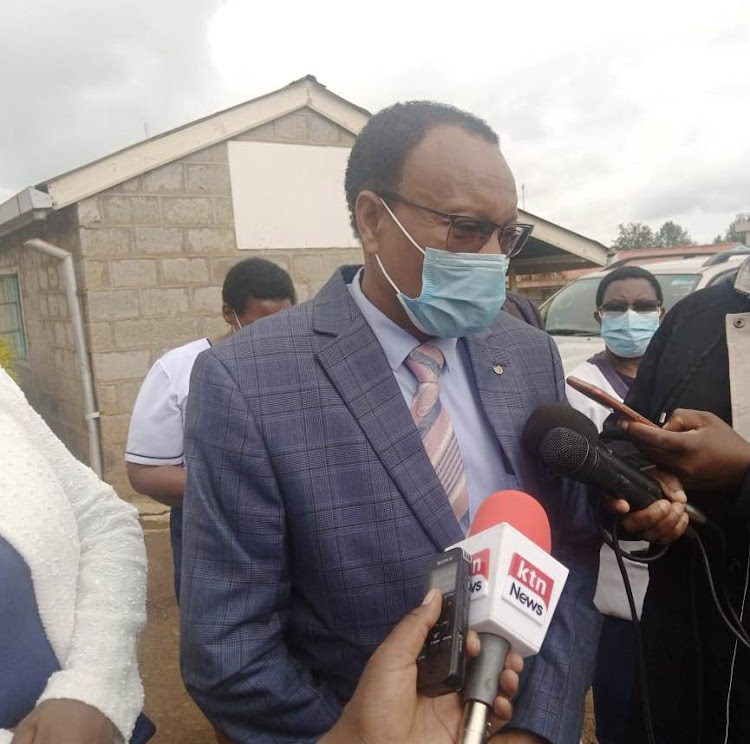 Kirinyaga county government has refused to rehire 359 sacked medics after three years of distress to have their jobs back.

This is despite a directive issued earlier this year by the Public Service Commission that okayed their reinstatement after a court ruling that declared their strike illegal and unprotected.

“The decision by those boards cannot overrule a determination by the courts. The final court ruling delivered on July 4, 2019, determined that the strike was illegal and unprotected,” Muriuki said.

Speaking on Thursday, Muriuki defended the county’s action in firing them. He said the medics refused to comply by returning to work.

This is despite having received two warning letters and the county’s effort in extending an olive branch despite a court ruling in place.

Out of the 549 health workers who had gone on strike, only 190 resumed their duties while 359 refused.

Muriuki said their vacancies were filled by a team of new medics per the law. The medics have diligently been serving for two years.

The county is now advising the health workers to be on the lookout for job opportunities the county government may advertise as it purposes to expand the health sector. 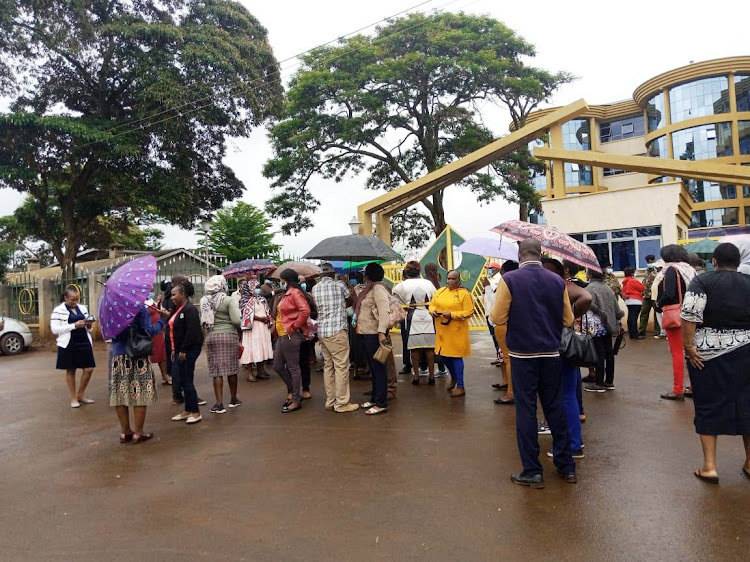 Sacked medics outside the county offices gate when they demanded to meet the county public service board team.
Image: WANGECHI WANG'ONDU

The nurses’ union national representatives led a part of their 188 sacked members to the county offices in Kutus to get their reinstatement service letters from the county public service board.

However, their effort did not materialize.  They were told board leaders had been out of office over the past week.

The nurses vowed to stay put until they get their service letters, failure to which they would take unspecified legal action.

Kenya National Union of Nurse's national chairperson Joseph Ngwachi called out the county government over illegally firing their members despite the PSC having twice ordered for their reinstatement.

“Our members are not begging for their jobs, they are demanding the law to be followed. When the PSC ruled in our favour, the county appealed against the decision that was for the second time upheld after their appeal was quashed,” he said.

Ngwasi said the members have been suffering for being denied their jobs while others had attained the retirement age in the course of the two years they were out of service.

He said as the affected nurses were to be absorbed back into service, Kirinyaga would still not attain the recommended WHO numerical threshold.

County union secretary general Wambui Karigi said they shall remain undeterred in their quest to demand their letters.

She said they will visit the county offices next week until they are heard.

“We shall not rest even it means camping outside the offices until we get our letters. By replacing us with contractual based workers is contravening the law,” Karigi said.

She dismissed Muriuki's statement ruling out their reinstatement terming it as illegal as it had interfered with the independence of the county public service board.

“The county secretary was speaking on behalf of the county executive which we are less interested in. We want the CPSB which is mandated by the law to act independently and declare its stand,” Karigi said.

On March 31, Governor Waiguru cited a High Court decision that okayed the sackings.
Counties
5 months ago 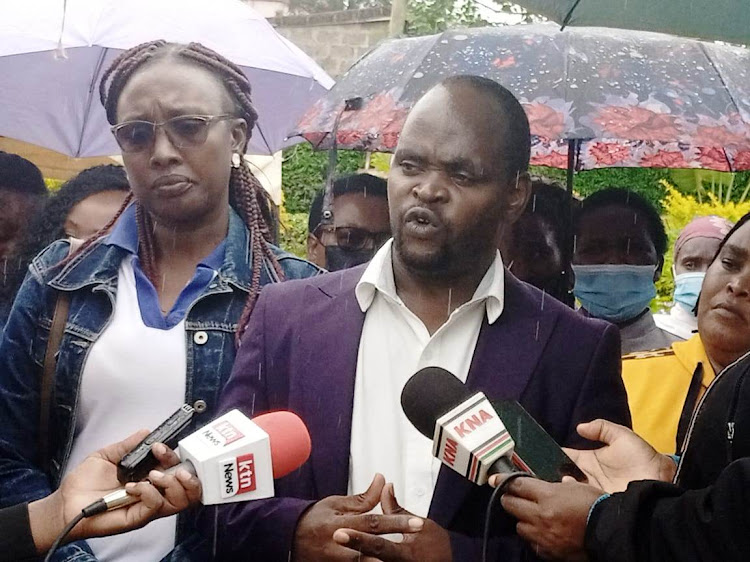