• To change the situation, Omamo said Kenya will use its power being in spaces of influence at EAC and OACPS, UN and AU to speak and act for Africa. 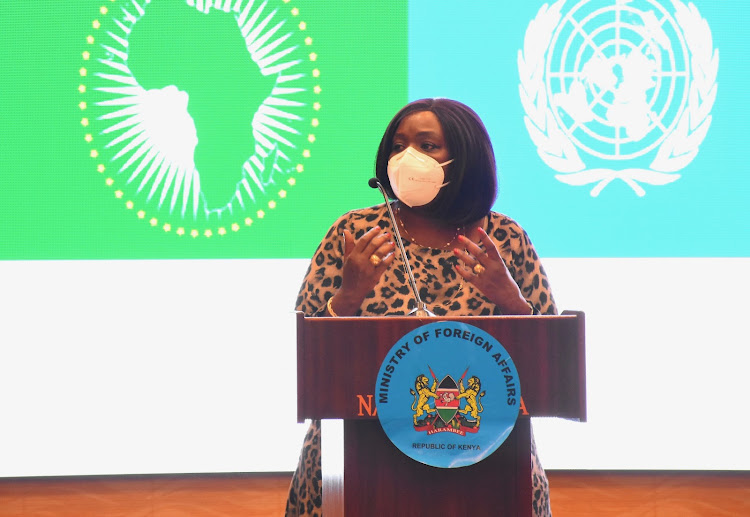 Foreign Affairs Cabinet Secretary Raychelle Omamo has lashed out at the rich western countries for hoarding Covid-19 vaccines at the expense of African states.

Speaking to the Diplomatic Corps in Nairobi on Friday, CS Omamo termed the situation as vaccine apartheid and an egregious violation of human rights.

“We need to ask ourselves, that in a world that upholds human rights, a world where the United Nations charter talks about human rights, the right to life and right to health, is this what our world should do?” Omamo posed.

The CS said the ongoing global pandemic has highlighted the fragmentation within societies, revealed and compounded existing inequalities, as well as unevenness of power in global governance.

“This has also been compounded by skewed vaccine access and inequalities, climate change, challenges associated with unmitigated urbanization and the challenges associated with reluctance to offer debt relief to the most affected countries. All these ultimately contribute and translates into social and economic inequality in the face of the current pandemic,” Omamo said at the Nairobi Serena Hotel.

To change the situation, Omamo said Kenya will use its power being in spaces of influence in international order as chair of the EAC and Organisation of African, Caribbean and Pacific States, sitting at the UNSC and AU Peace and Security Council to speak and act for Africa.

“Our first fight will be access to diagnostics, therapeutics and vaccines. We will fight at the WHO for a pandemic treaty, which is imperative, and for a movement away from a policy of containment to a policy of investment in people and public health infrastructure.

“It is no longer tenable to have a world health structure that only wishes to contain diseases in certain parts of the world but does not provide the tools for those who are affected to recover and to manage diseases. The world health infrastructure must change,” Omamo declared.

President Uhuru Kenyatta has on various occasions spoken against vaccine nationalism, in July saying he wants Kenya to move towards vaccine production as it has suffered as a result of practice.

This is despite being involved in the research for the vaccines.

A total of 3,290,450 vaccine doses had been administered in Kenya by the close of business Thursday with 2,439,528 being the first doses.

Only 850,922 persons, representing a partly 3.1 per cent of the country’s entire adult population, have so far been fully vaccinated. 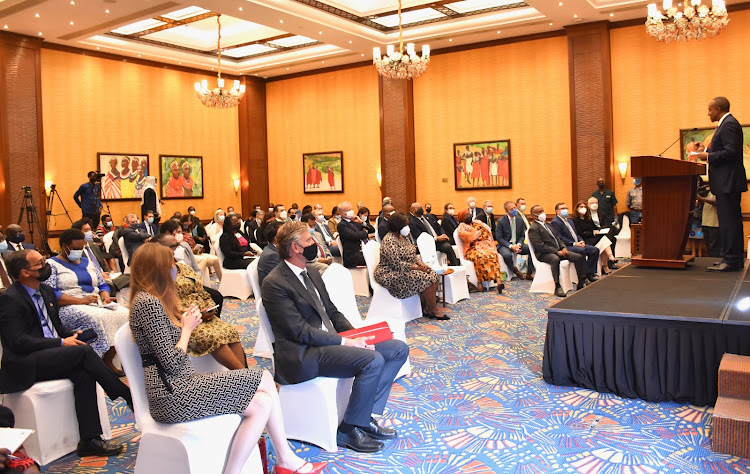 The rich countries are accused of buying up vaccine supplies, and the UN and the AU have warned against vaccine nationalism.

On Wednesday, Michel Sidibe, AU special envoy for the African Medicines Agency, said the rich global North has a responsibility to stop hoarding vaccines, which is counterproductive to the pandemic fight

Speaking at a webinar convened by the Brookings Institution, Sidibe said Africa's fight against the pandemic has suffered due to vaccine nationalism.

He stressed that vaccine equity is key to averting the emergence of new virus strains, hastening recovery and strengthening the resilience of Africa's public health systems.

In February, UN Secretary-General Antonio Guterres said the progress on vaccinations has been “wildly uneven and unfair”, with just 10 countries having administered 75 per cent of all vaccines, while more than 130 countries had not received a single dose.

“If the virus is allowed to spread like wildfire in the global South, it will mutate again and again,” he warned.  “This can prolong the pandemic significantly, enabling the virus to come back to plague the global North.”

He was addressing the equitable distribution of vaccines in the Security Council.

Omamo further argued that the paradigm of travel advisories without corresponding support must change.

“It is not acceptable for countries to be registered for travel advisories, for travel bans to be imposed unilaterally without those countries providing support in disease surveillance, in testing kits and vaccines. There has to be a balance in our world,” Omamo maintained.

She noted that when travel bans are imposed unilaterally, Africa’s industries are killed, tourism and service sectors hit and consequently, the advisories exacerbate poverty.

The UK travel ban, until Friday, was among the contentious ones between Kenya and Britain, at one point forcing Kenya to reciprocate.

Only 1% of Africa population vaccinated against Covid-19

Globally, 14.5 per cent of the population has been fully vaccinated
News
2 months ago
by ELIUD KIBII Subeditor and writer
News
18 September 2021 - 10:55