He was a person living with disability, three siblings also PLWD; family can't pay the hospital

• Ndirangu, 37, got Covid-19 but died from acquired infections.

• Ndirangu, PLWD, was a lawyer and international chess champion. 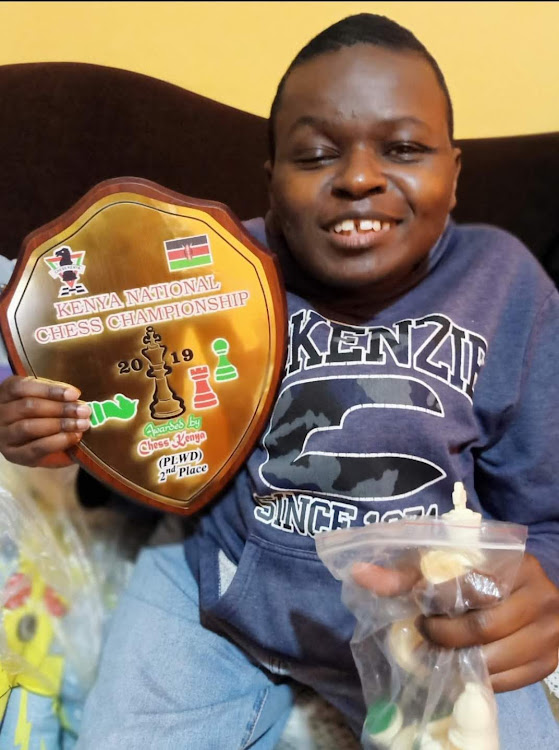 RELEASE HIS BODY: Robert Ndirangu, 37, displays a trophy he won in 2019 after coming second in chess competition.
Image: COURTESY

Robert Ndirangu, fondly known as Kade, had survived a six-minute cardiac arrest in hospital a few weeks ago.

When Mater Hospital called his family in Buruburu to say he had suffered another arrest, they hoped that he would survive this one too.

The 37-year-old was a lawyer, an international chess champion and a PLWD.

It was on June 14 at 10 am when the hospital called to say that Ndirangu was in a critical condition.

"After waiting, hopeful, but uncertain, I went to the hospital and was told that my son did not make it," his 72-year-old father, Joseph Mwangi, said.

"For 18 minutes, he did not respond to the resuscitation attempts."

Ndirangu died after battling respiratory complications and hospital-acquired infections as a result of Covid-19 for almost two and a half months.

The family is seeking help to settle the Sh6.5 million accrued bill after Mater Hospital refused to release the body of their son until the bill is cleared.

Ndirangu was a Kenya National Chess Champion and a law graduate from Mount Kenya University. He was about to start his legal profession,  having just concluded his pupillage in December last year at Okwatch and Okwatch Advocates.

He was a talented chess player who represented Kenya internationally. In 2019, he emerged second in a competition, his brothers said.

The fifth-born in a family of seven had a physical disability, an abnormal spinal curvature, as do three siblings. He used crutches to get around.

"Raising four children living with disability is not easy. We gave it our best and hope that we can accord our son a decent send-off," his father said. 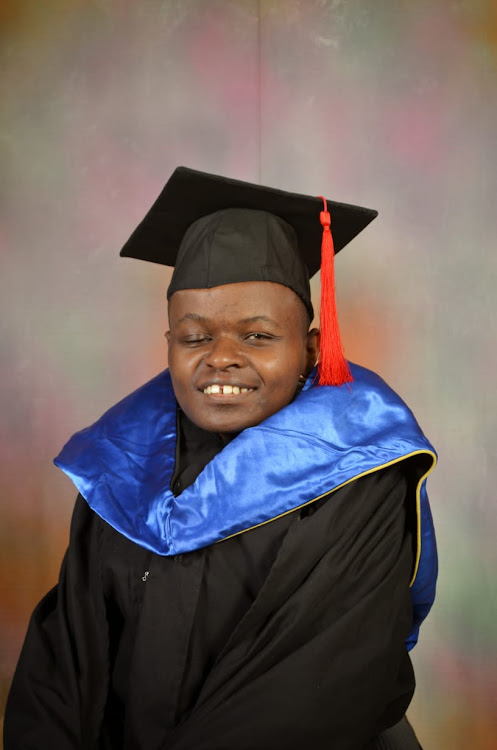 Robert was admitted to Mater Hospital on April 4 with Covid-19 breathing complications. While hospitalised, he acquired severe infections after he was moved to general ICU where he stayed for a month until his death.

His brother, Benard Chiira, said Robert had kyphoscoliosis, an abnormal curvature of the spine that predisposed him to other infections. Ndirangu took longer to recover from ailments than other people.

"His doctors said Ndirangu would have walked away from the hospital a long time ago, if he didn't have kyphoscoliosis," Chiira said.

"In a patient with already compromised lung capacity, your breathing problem is compounded."

By June 13, not only had he come off the mechanical ventilator and remained stable for a couple of days but he was also breathing on his own through an ordinary oxygen mask.

It was so bad that when the doctors tried to get him off the life support machine, he suffered a six-minute cardiac arrest.

"Robert came out of the tube (mechanical ventilator) three times, only for his lungs to fail and he had to be returned to life support," Chirra said.

"The first time, they succeeded in putting him back on life support without incident. The second attempt resulted in that six-minute cardiac arrest. The third stopped his heart for 18 minutes and he didn't survive.

His brother said Ndirangu had developed a septic wound on the back, a result of lying on his deformed back for a long time. He needed nursing to ease the pressure and prevent bedsores and wounds.

"These infections were the constant sources of fevers and entry points for bacteria," his brother said.