DP dismissed insinuations that he can’t meet Oparanya as a person unless the latter is sent by Raila.

•Ruto said that apart from Oparanya, he meets with many leaders in Kenya, and hence is not alone as may be perceived in the eyes of the politicos. 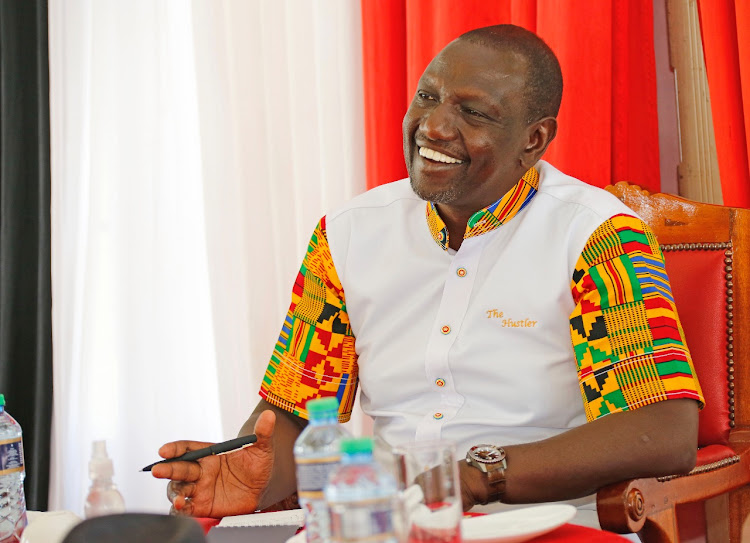 He said the talks with the ODM deputy party leader have nothing to do with Oparanya’s boss Raila Odinga joining the Hustler movement.

Ruto denied he was in talks with the ODM leader as has been touted in media reports and political conversations lately.

DP dismissed insinuations that he can’t meet Oparanya as a person unless the latter is sent by Raila.

“I have met Wycliffe Oparanya not once. I have met with him probably five times, and of course more times when he was Council of Governors chairman. But I have met him to discuss politics five times.”

Ruto said at no time had they discuss him being sent by Raila Odinga, including the last time when the ODM deputy leader said he informed his boss of the talks.

“We have discussed with him how we can work together and how he appreciates the Hustler narrative and the bottom-up approach,” the DP said.

When contacted for comment, Oparanya said he met with the DP as chairman of the Council of Governors.

“If you have been seducing a lady five times and you have not managed to convince her, what does that mean? Ruto has been my friend all along. We were in ODM together. We talk business, official issues, and the last time we met he said alliances are coming so that we plan for them.”

Ruto said there are many leaders meeting him in private, including Cabinet Secretaries and Principal Secretaries among other government officials.

“Because of the nature of the politics that if you are seen with William Ruto, the DCI will be on your case, many of them prefer that we have these meetings in private,” he said.

Ruto said Kenyans will be shocked with the buy in on the Hustler narrative when those he is talking to finally come out in the open.

Positioning the Huslter Movement as the biggest alliance, the DP, however, said his was a departure from the prevailing politics where people form alliances with leaders of a tribe.

“We will have an alliance of ordinary people in 2022,” Ruto said, saying the idea will succeed just as they sold the development plan with the people of Kenya in 2017.

The Deputy President dismissed chances of working with Raila in 2022 saying he sees him as the most formidable competitor he has.

Ruto said that apart from Oparanya, he meets with many leaders in Kenya, and hence is not alone as may be perceived in the eyes of the politicos.