Promised to strengthen the unity among the Garissa people.

•He was declared Garissa senator-elect on Tuesday by IEBC as there was no other contestant in the race.

•Haji said Jubilee Party offered unwavering support for his candidacy, though it did not campaign. 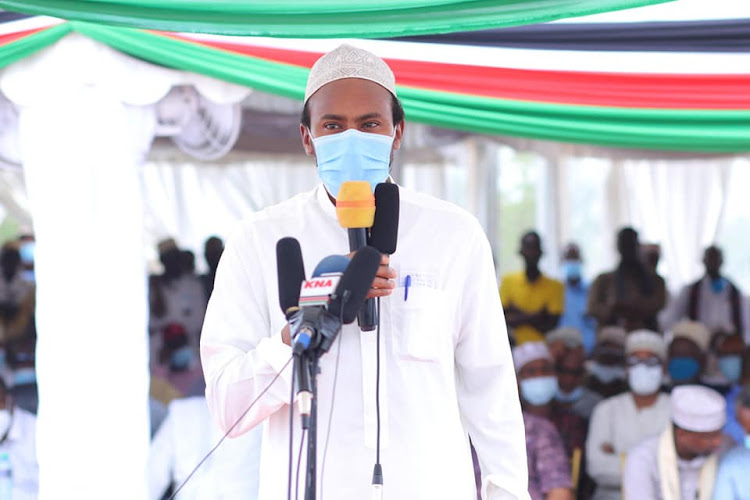 Garissa's new Senator Abdulkadir Haji, who is the son of the late Yusuf Haji, has said he will pick up from where his father left.

He was declared Garissa senator-elect on Tuesday by IEBC as there was no other contestant in the race.

"...and declares the person listed in the 1st and 2nd Column to the Schedule duly elected as the Senator, Garissa County," Chairman Wafula Chebukati said.

Haji said Jubilee Party offered unwavering support for his candidacy, though it did not campaign.

He spoke during an interview with KTN News on Wednesday.

He, however, said that there were a number of meetings and consultations with the elders after the burial of his father and the elders were pleased with his willingness to run for the seat.

He said the biggest challenge awaiting him is to ensure that the unity that existed in Garissa during the time of his father is maintained.

“The biggest challenge that is before me is to ensure that unity and harmony that was there for all these years remains and I will foster further unity within the communities in Garissa county,” Haji said.

He added that the insecurity that has been witnessed in the region for years as well as unemployment and poor infrastructure will be his priorities.

Haji said that he was a businessman until his latest step to venture in politics.

Haji was among a small group that included plain-clothes policemen who helped to rescue dozens of people from the Westgate mall.

He captured the attention of Kenyans in 2013 during the Westgate shopping mall attack as he was pictured rescuing civilians.

While recalling the Westgate attack, Haji said that the scenario that took place by then will always remain at the back of his mind.

Haji said he will work closely with other leaders for the benefit of his people.

Abdul is the late and former Senator Yusuf Haji's son.
News
3 months ago

Abdul was among heroes who rescued dozens of people from Westgate mall.
News
3 months ago
by KEVIN CHERUIYOT Online Journalist
News
08 April 2021 - 12:37