Teachers will not be available January if issues not addressed -KNUT

• Sossion accused TSC of mismanaging the 2017-2021 CBA signed between the two by blacklisting the more than 200,000 of its members so that they do not enjoy the benefits from the agreement currently under implementation. 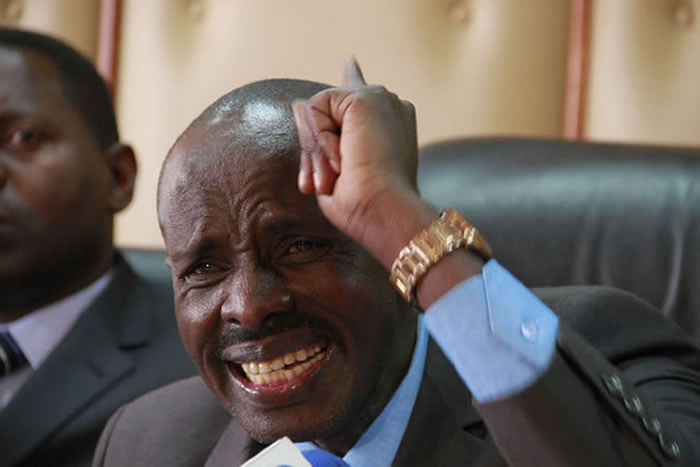 The Kenya national Union of Teachers has written to the Teachers’ Service Commission asking it to reinstate its membership and honor the collective bargaining agreement.

Sossion accused TSC of mismanaging the 2017-2021 CBA signed between the two by blacklisting the more than 200,000 of its members so that they do not enjoy the benefits from the agreement currently under implementation.

He noted that the ploy by the teachers’ employer was aimed at ensuring teachers are locked out of promotions and further weaken the union.

Speaking to the press in Bomet on Sunday, the fire breathing unionist warned that should their demands not be honored after the lapse of the period, they will be taking the necessary actions which includes downing of tools come January when schools are set to reopen.

“If all our issues will not have been met then they should know that in January when schools are set to reopen teachers will not be available. It will be tall order, you cannot expect teachers who have been excluded from promotions and others locked out of voting to go and gloriously teach in a classroom?” he posed.

He further claimed TSC has interfered with the register of KNUT membership in clear move aimed at crippling the union and tampered with the union’s rights of all schools administrators so that they are not unionisable contrary to a court directive.

“TSC was also ordered to mandatorily validate the teacher performance and appraisals development tools with KNUT but has since failed to call meetings of validation yet the directive was clear. The tools to be used must be agreed upon by both parties,” Sossion said.

Sossion added that union branches were now closing its offices across due to lack of funds for operations due to failure by TSC to remit the necessary fees.

But, while maintaining that the planned January union elections will proceed as planned, the secretary general said whether there is money or not it will go on.

“We know the intention of TSC was to see us not conduct any election but we are telling them it must be held,” he noted.