• Oparanya also pointed out that the Constitution is anchored on tenets of inclusion, equity and good governance

• The State and its organs are under obligation to obey the Constitution and remain faithful to its principles. 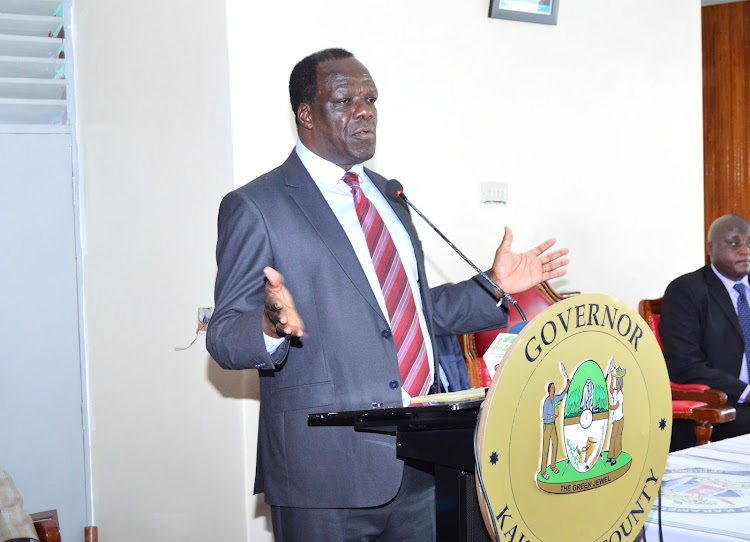 The Council of Governors has cautioned against the dissolution of Parliament following Chief Justice David Maraga's advisory to the President.

In a statement on Wednesday, CoG chairman Wycliffe Oparanya said that while the council understands Maraga's rationale behind the call for dissolution, it would have dire consequences on government processes, especially now that the country is in the midst of managing a pandemic.

"The country has immersed itself in a discourse on constitutional amendments. This is an opportune time for all stakeholders to have a sober discussion on the issue of gender principle with a view to ensuring that the intentions and objects of the Constitution are achieved," he said.

Maraga on Monday advised President Uhuru Kenyatta to dissolve Parliament for failing to institute legislation to enable the implementation of the two-thirds gender rule.

In an advisory dated September 21, Maraga said he was responding following six petitions seeking his advice on the matter.

"The petitions are based on the ground that despite four court orders compelling Parliament to enact the legislation... Parliament has blatantly failed, refused, or neglected to do so...." Maraga said.

Maraga said that the 10th Parliament did not have enough to enact the legislation required to effect the two-thirds gender rule.

Meanwhile, Oparanya said the Constitution is anchored on the tenets of inclusion, equity and good governance, adding that the State and its organs are under obligation to obey the Constitution and remain faithful to its principles.

The true test of constitutionalism is the complete fidelity to the rule of law.

"We are aware that under Article 261 of the Constitution, Parliament is mandated to enact specific legislation mentioned in the Fifth Schedule and that failure to pass those enumerated laws can lead to the dissolution of parliament," Oparanya said.

He said the importance and relevance of implementing the two-thirds gender principle cannot be sufficiently underscored.

'Let us endure pain if we must' - CJ Maraga.
News
7 months ago

Muturi shoots back after Maraga calls for Parliament's dissolution