DP's brigade cautioned not to expect preferential treatment in Mombasa 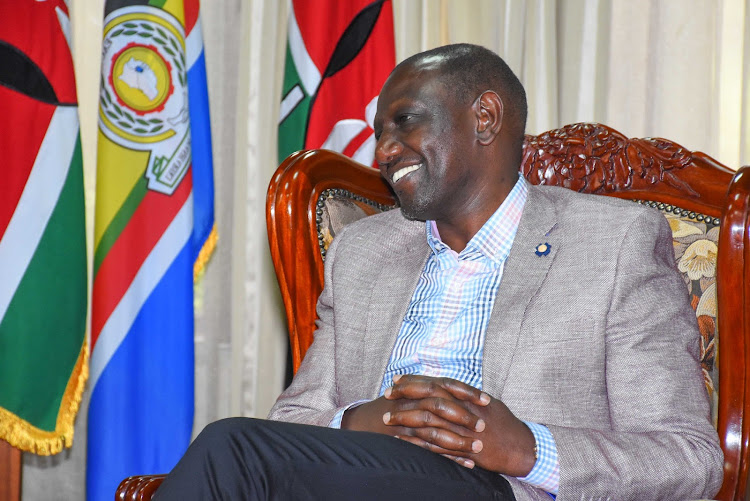 Four MPs have said Deputy President William Ruto should not expect preferential treatment in today's (Saturday) BBI forum if he does not apologise for badmouthing previous meetings.

They said Ruto and his allies should not give conditions on how the process should be undertaken.

The demand for the apology came from Caleb Amisi (Saboti), Godfrey Osotsi (nominated), Anthony Oluoch (Mathare) and Mark Nyamita at Parliament Buildings in Nairobi on Friday.

“They must apologise before they join us. Without apologies, let them sit as spectators in Mombasa,” Osotsi said.

Ruto is on record dismissing BBI forums as a waste of public funds and a scheme to take care of a few people at the expense of the majority of Kenyans.

Oluoch said Ruto should first tell Kenyans that he no longer holds the view that BBI has a hidden agenda.

He said the Ruto group should then promise to keep the peace, maintain decorum and respect President Uhuru Kenyatta, ODM leader Raila Odinga and the organisers of the event.

Nyamita said the DP and his allies would be held accountable for any chaos during the Mombasa forum.

“We say this because we have accurate information and intelligence that there are plans to cause chaos in Mombasa through provocations and use that as an excuse to declare that the forum was not open to Kenyans,” he alleged.

Amisi cautioned that not all those who attend BBI forums have good intention.

“Some of these people have come to destroy and kill a very good idea the country is having to move forward,” he said.

Ruto told the NTV on Thursday that politicians have hijacked the process.

He said he would be attending the forums but asked the BBI task force to be in charge of the events.

"Rallies may continue with all the drama but we must have in place a structure where ordinary people will have an opportunity to present their views, " he said.

The Deputy President said he will fight schemes to create an "us versus them" situation. "There is a scheme to adulterate and hijack the process to end up with a report Kenyans did not propose, " he alleged.

Ruto said that 90 per cent of people who have been attending the forums are ODM supporters.