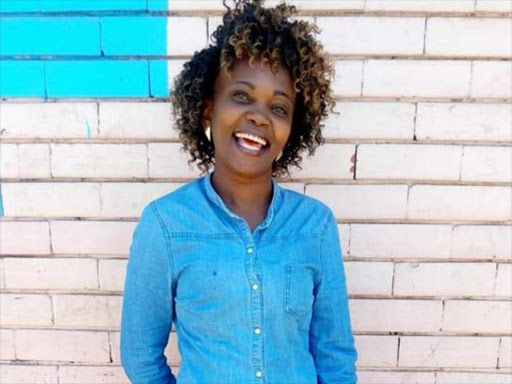 Amnesty International has raised concerns over the disappearance of a human rights defender who went missing on Wednesday last week.

Caroline Mwatha disappeared from her home in Dandora under unclear circumstances.

Her disappearance was reported

on Friday at Buruburu police station.

is a founder member and case worker with the Dandora Community Social Justice Centre which has been calling for police professionalism and an end to extrajudicial killings.

In a statement on Sunday, Amnesty International Executive Director Irungu Houghton called on investigating agencies to move with speed and establish Mwatha’s whereabouts.

“Amnesty International Kenya calls upon the Directorate of Criminal Investigations and National Police Service to thoroughly investigate Carol’s disappearance, establish her whereabouts and deliver to her friends and family,” Irungu said.

He equally called on the public to share information on the disappearance to the nearest police station or Dandora Social Justice Centre via 0722746164.

Irungu also urged for social media users to escalate the search via the hash tag #FindCarolineMwatha.

Mwatha’s disappearance is quite sensitive considering the nature of advocacy activities she is involved with.

Her disappearance evokes memories of the sad ending of the lives of human rights lawyer Willie Kimani, his client and a taxi driver.

The bodies of the three were found dumped in Ol-Donyo Sabuk River days after they were abducted on Mombasa road on June 23, 2016.

“The government should now come up with deliberate and specific policies that implement the United Nations Declaration on Human Rights Defenders and to recognise, work with, and protect human rights defenders in Kenya,” Irungu said.