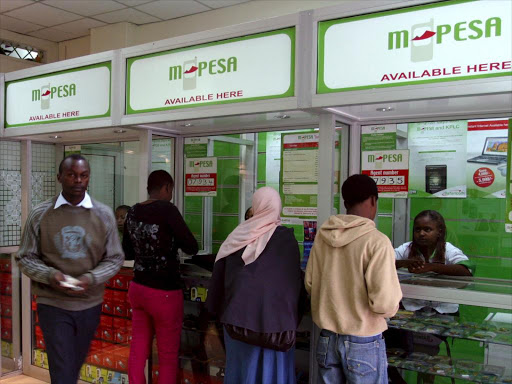 Safaricom customers were on Saturday left stranded after the company developed a technical hitch in its servers.

Those who tried to access the Mpesa services could not with the company saying the issue was as a result of database degradation.

In a statement, the mobile company said it had deployed its engineers to restore the services.

"We regret to notify our customers and partners that Mpesa services are currently unavailable due to a database degradation leading to loss of service," read part of the statement.

"We deeply regret any inconvenience caused and we will give an update once our services are available," read another part.

However this did not go down well with some of its users who hit back saying it was unfair for the company to remain silent for over 5 hours only to issue a statement in the night.

"Why don't you just send your customers a text immediately you note these kind of problems? This is 3 hours later! Unpaid bills, unpaid shopping, etc.. This is incompetence on your part to say the least!," said James Ngugi.

While another user demanded to know the fate of Kenyans who had undergone harassment for failing to pay their bills, another said he should be compensated for lack of meals in his house.

Carol Waudi said, "Issuing a notification 5hrs later. Withdrew money from an agent miles away now don't know when the system is back the transaction will have gone through or you are going to reverse".

Miss Bosibori in her comment said it was unacceptable for Safaricom to promise customers quality service and it just fails.

"Now I'm stranded yet I have money,' she said.

Last year Safaricom subscribers were unable to make calls after the company experienced a technical fault on its network.

The company apologised for the disruption saying they had a hitch on their core GSM server.

Those who attempted to make calls could not do so as they were disconnected.

Post a comment
WATCH: The latest videos from the Star
by By PATRICK VIDIJA @vidijapatrick
News
08 December 2018 - 18:00
Read The E-Paper