Court orders psychiatric test for mother who gave out baby 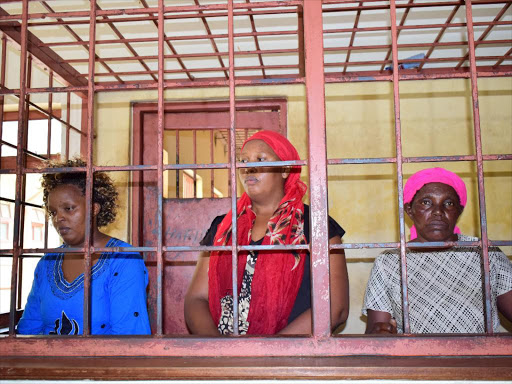 A woman who allegedly gave out her eight-month-old baby has been ordered by a court to go for a psychiatric test.

Senior principal magistrate Diana Mochache yesterday ordered Joyce Wairimu to undergo a mental test to determine whether she was fit to stand trial.

While giving her ruling, Mochache said it was strange for a mother to give out her daughter knowingly while she was still breastfeeding.

Wairimu was charged alongside two other women Margaret Wairimu and her mother Susan Nyambura.

They were charged with stealing a baby on November 8 at Mishomoroni area in Mombasa county.

They allegedly took baby from her father Peter Kairu, who had lawful custody of the child.

Kairu had told the media that the baby disappeared in the afternoon when she was left alone briefly by her mother.

He said he had gone to attend the burial of his friend’s mother when he got the news.

Joyce was also accused of willingly giving out her biological child to Margaret Wairimu and giving false information to the authorities.

Margaret and Nyambura were accused of jointly receiving the baby at Molo in Nakuru county.

Wairimu is said to have pretended to be the baby’s mother and Nyambura her grandmother.

Margaret had told the court that Joyce gave her the baby at the Mwembe Tayari bus stop.

She said Joyce wanted to kill herself and the child as her husband had already discovered the child was not his.

Detectives said they followed communication between the three on their mobile phones though GPRS.

“Any parent who gives false information about a lost child will face the full wrath of the law,” the police said in a statement after the incident.

Last week, the family had offered a Sh100,000 reward for anyone who will find the baby.

The three women all denied the charges at the Shanzu law court.

The magistrate further directed the child to be taken to a children’s home for safe custody.

Mochache said the matter was a rare case that needed to be handled with care.

She directed Kairu, the man claiming to be the father of the girl, to be granted access to the baby.

The court gave the police five days to complete their investigations.

The police said they were probing whether the accused was part of a child trafficking syndicate operating between Kenya and Uganda.