Waititu graduates from KEMU with Masters in Business Administration 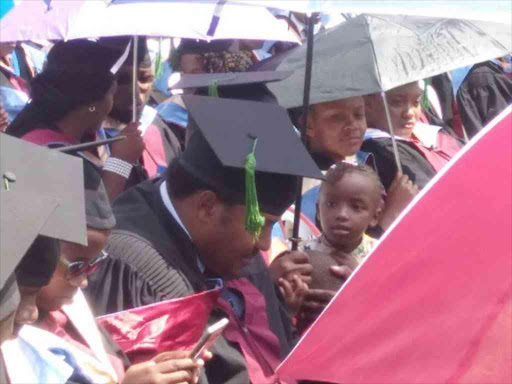 among 2,800 learners who graduated at the 17th ceremony of the Meru institution.

Early in January, the politician won a case in which former Governor

alleged he breached the Leadership and Integrity Act and had a fake degree from India's Panjab University.

Kabogo wanted the court to declare his rival unfit to run for public office.

While defending himself in the suit, Waititu accused Kabogo of merely seeking to wrongly use the court process to tarnish his political name and support.

also among those who

by helping primary and secondary schools.

"Graduands should also research and find cures for cancer and HIV," he said.

"Universities should not be an ivory tower secluded from the rest of the society. They should instead solve social and economic challenges our country is facing."

Post a comment
WATCH: The latest videos from the Star
by DENNIS DIBONDO and WILLIAM MWANGI @memwarwillliams
News
14 October 2017 - 09:00
Read The E-Paper