My apology was for Starehe, not you, Jaguar tells Babu Owino 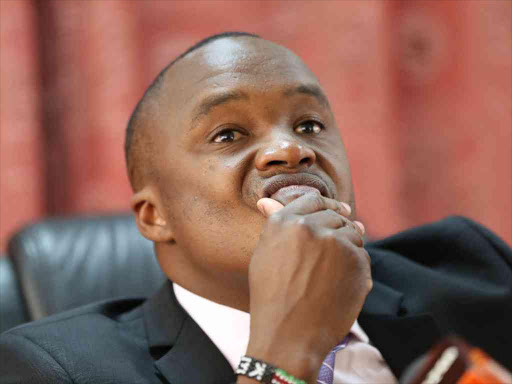 Starehe MP Charles Njagua has denied reports he apologised to Babu Owino after they exchanged blows at Parliament on Tuesday.

Njagua aka musician Jaguar told The Star his apology was not meant for his Embakasi East counterpart but his constituents.

Jaguar is said to have asked Babu, real name Paul Ongili, to stop insulting the presidency before the fight.

"Starehe people didn't elect me to fight in Parliament," he said but claimed Babu is

"going through depression and needs counseling".

Jaguar responded on Thursday after Babu wrote on Facebook that he had accepted his colleague's apology.

"I have accepted Jaguar’s apology and Embakasi Central MP Benjamin Mwangi for attacking me in Parliament. That

conduct was unbecoming of Members of Parliament [sic]."