Kenya to import 150,000 tonnes of sugar to cover deficit 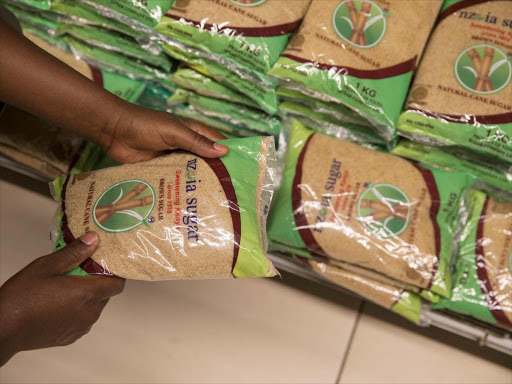 Kenya will import an additional 150,000 tonnes of sugar this year

to cover the deficit due to drought.

Solomon Odera, interim head of the sugar directorate, said the country does not produce sufficient stock and imports 200,000 tonnes every year.

“This year, the sugar shortage has been complicated by the drought which resulted in a deficit of 1.9 million tonnes of sugarcane, accounting for 180,000-190,000 tonnes of sugar,"

"This means the projected quantity of sugar we need to import by December is more than 350,000 tonnes,”

Kenya produces slightly above 600,000 tonnes of sugar from 10 factories annually, against a demand of 890,000 tonnes.

the gap, the country imports most of its sugar from the Common Market for Eastern and Southern Africa (Comesa) region under a protection window.

The monthly consumption is at 60,000 tonnes, 32,000 of which are supplied by local millers and the balance realised through imports from the regional market.

“The sugar shortage has equally been experienced in some of the traditional sugarcane producing countries within the Comesa bloc, such as

Swaziland, Malawi, Zambia and Zimbabwe, where Kenya imports sugar from.This is because these countries are coming out from a two-year drought hence a 25 per cent reduction in production. We are therefore looking beyond Comesa and the East African Community."

Odera told the Star on Monday that more than 7,000 tonnes of sugar have reached the country

barely two weeks since the gazette notice for duty free

was issued. Last month, the government increased the number of importers to 162 to increase the quantity.

“I assure Kenyans that we are doing everything possible to bring down the prices of sugar to affordable levels," Odera said.

"Our intention is to bring the cost of sugar

to where it was - Sh105 to Sh115 per kilogramme. Two weeks ago, a 50kg bag of sugar was selling at Sh8,900 but this has since dropped to Sh7,000. This will continue to decline especially with the imports."

A 2kg packet of sugar currently costs between Sh350 and Sh400. Last month, Agriculture and Food Authority interim director general Alfred Busolo said the country will start recovering from the shortage in the next two months.

“By July, the dealers will have imported 100,000 metric tonnes. We expect will stabilise the situation. The situation will improve as distributors and wholesalers hoarding sugar start to release the stocks into the market," Busolo said.