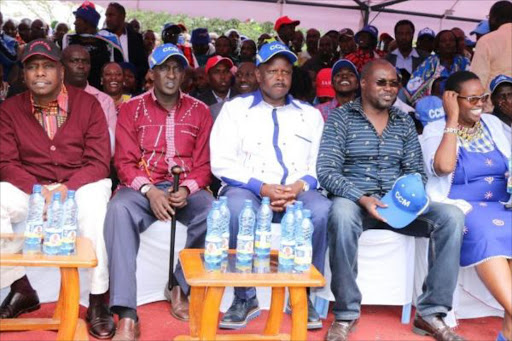 Masikonte who defected alongside eight Narok MCAs said she settled on CCM as the party shared her ideas.

"My late father held my hands and took me to Jubilee Party. But they have proven that they already have their preferred candidate," she said on Monday.

"My manifesto is to ensure that the devolved system of governance is strengthened and we found that CCM is the only party fighting for the devolving of resources to the counties," she added.

Masikonte made good her threat to leave Jubilee after raising concern over the credibility of party nominations.

Prior to his death, Ntimama had led a Maa community delegation to State House. The leaders pledged to in the August 8 polls.

This information was countered by opposition leader Raila Odinga who claimed Ntimama called him after the State House meeting to assure him he was still in ODM.

During the Monday event, Masikonte was welcomed by Rutto in an event attended by Kanu's Gideon Moi (chair) and John Lonyangapuo (secretary general).

The former ODM Narok County chairman Jackson Kamoye is another politician who defected to Rutto's party.

The move comes at a time when Narok North MP Moitalel ole Kenta defected to ODM from Jubilee three weeks ago.