Woman sentenced to death for killing five with laced brew 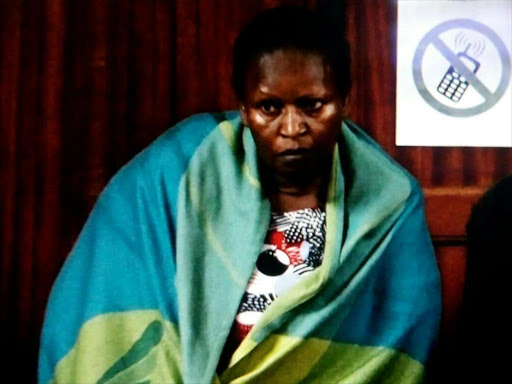 A brewer was handed the death sentence on Monday for

The High Court also found Jennifer Wanjiru alias Mama Flora guilty of causing disabilities to many others through her trade.

Judge Jessie Lessit found Wanjiru guilty of the five charges of murder preferred upon her following the offence committed on September 11, 2011.

The judge said the accused sold poisonous chang'aa to Festus

Lessit said evidence tabled in court proved beyond reasonable doubt that the brewer committed the offence at Gitambaya village in Ruiru, Kiambu county.

Wanjiru asked for leniency saying she was sorry.

"I plead with the court to forgive me as I am a first offender, sickly and he soul breadwinner. The period for which l have been in custody was enough to pay for my evil doing," she said.

Lessit said she had noted the mitigation but maintained that under the circumstances, the accused was aware that the alcohol she sold to unsuspecting customers would end their lives.

"She knew it would have negative effects on their health, cause many others to be admitted in hospital and damage their lives. The only sentence which is prescribed to murder is death," the judge said.

The court allowed the woman 14 days to appeal the decision.