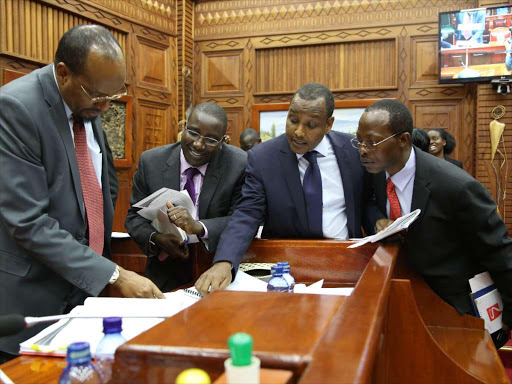 The National Treasury has issued stringent regulations to curb extravagant use of public funds by MCAs.

According to the new Public Finance Management regulations, MCAs will only spend at most seven per cent of the money disbursed to each county every financial year.

There was an outcry in the counties last year over uncontrolled expenditure by MCAs, prompting the Treasury to develop the regulations.

The regulations say MCAs will only be allowed to introduce one per cent of changes to the budgets proposed by governors.

However, appearing before the Senate joint Finance and Delegated Legislation Committee yesterday, the County Assemblies Forum said the regulations are unconstitutional.

Mandera Speaker Abdikadir Sheikh, who represented the forum, said the regulations will interfere with the independence of county assemblies.

He said it is wrong for the Treasury to purport to create laws, yet Parliament is the only institution allowed to do so.

“The Treasury Cabinet Secretary is taking away the constitutional powers of county assemblies using these regulations. Powers given to the assemblies are being taken away each day,” Sheikh told the committee chaired by Mandera Senator Billow Kerrow.

Senators said it is wrong to curtail the freedom of MCAs to scrutinise the budgets and limit their expenditure.

“The limit to make amendments to budgets does not make sense,” Kerrow said.