120 tonnes of ivory to be burnt at April summit 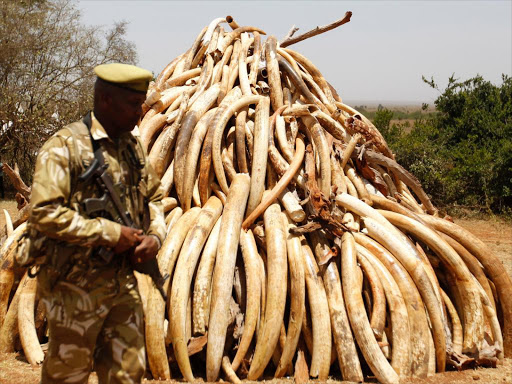 120 tonnes of ivory to be burnt at April summit

120 tonnes of ivory will be burnt at the Nairobi National Park on April 30, the largest stockpile to be destroyed at a go by any country.

This will be the climax of a summit involving heads of state, conservation experts, philanthropists and corporate leaders including Richard Branson.

President Uhuru Kenyatta will preside over the April 29-30 summit.

The summit at the

in Laikipia aims to develop a continent-wide response to illegal-wildlife trade.

"African leaders will use the opportunity to underline the global intent to put an end, once again, to the butchering of elephants and rhinos by selfish criminal gangs," Uhuru said in a statement on Friday.

He said it will be the first summit by the Giants Club, which he founded with the presidents of

"Together we will all play our part in preserving the planet’s greatest animals," he said.

Environment CS Judi Wakhungu told said eight heads of state have been invited to witness the burning of the ivory.

"They will attend to demonstrate their unity in facing the illegal poaching threat and as a fitting end to the summit’s two-day agenda," she said.

About 100,000 elephants have been killed across Africa in three years.

Proceeds from the illegal trade have been used for armed conflict, terrorism and other crimes.

The Kenya Wildlife Service will burn the confiscated ivory at 3pm on April 30.

The haul will primarily include ivory seized from illegal poaching.