•Kasili said that those with integrity issues cleared by the IEBC to vie for the public offices should be rejected by electorates.

•He said the country needs clean and focused leaders who will not squander public funds. 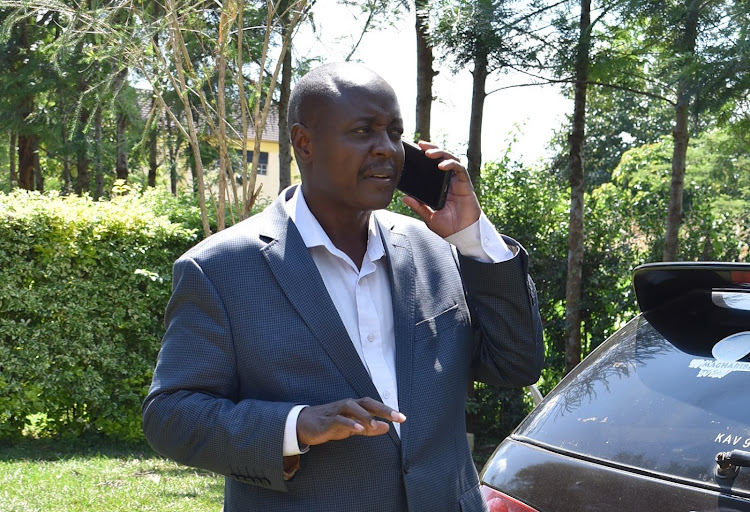 Reverend Herman Kasili at his home in Webuye on June 28,2022.
Image: TONY WAFULA

Speaking at his home in Webuye on Tuesday, Kasili said that those with integrity issues cleared by the IEBC to vie for the public offices should be rejected by electorates.

He said the country needs clean and focused leaders who will not squander public funds.

“You have heard of some leaders even from here in Bungoma who have had issues with EACC and other investigating bodies but they have been cleared to vie. Such people should be rejected and given chance to those without integrity issues to serve,” Kasili noted.

Kasili asked Bungoma voters not to vote for parties but to vote for aspirants having an agenda to work and change the lives of residents.

He asked voters to reject statements by a section of aspirants that certain regions are their political strongholds.

He added that every politician has the right to campaign everywhere and sell his/ her manifesto to the voters.

“Nobody has the capacity to bar fellow politicians from accessing the areas where they claim to be their stronghold. I want to ask them to stop such claims and allow every aspirant to the campaign,” he said.

Kasili trashed opinion polls saying they are sponsored by opponents.

“Some people are sitting somewhere in a corridor to cook and forge numbers and come up with fake opinion polls that Wetang’ula is leading in the Senatorial race, I want to be clear that I am the one who is ahead,” Kasili said.

He said that if he wins the election he will push for Nzoia Sugar Company to be transferred from the national government to the county government so that farmers’ grievances can be addressed.

He pledges to support women groups and youths if elected governor.
Nyanza - Page 29
1 month ago

The women league and disability league leadership were also present.
Sports
1 month ago
WATCH: The latest videos from the Star
by TONY WAFULA
Elections 2022
29 June 2022 - 03:05