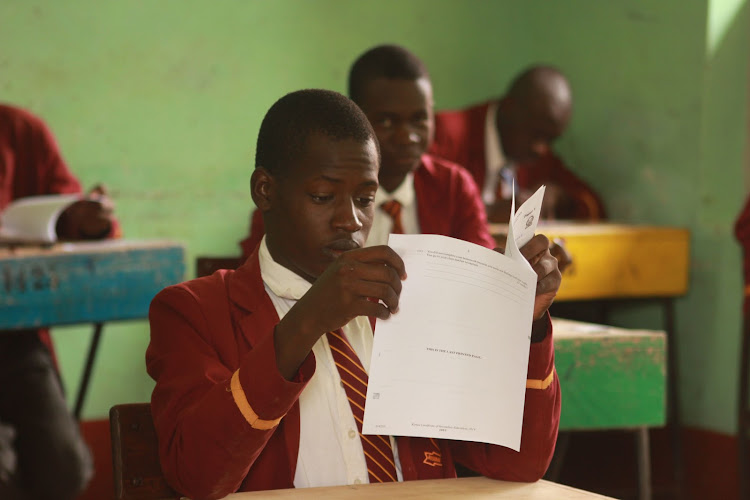 Kisumu Boys High School is seeking to be renamed Kisumu School to end confusion among parents.

Senior principal Peter Obwogo said the management has already applied to the Ministry of Education for change of name.

Obwogo said they are waiting for education officials handling school registration to inspect the institution.

“We have given reasons to the ministry why we want the school name changed,” he told the Star on Wednesday.

“Like we have a case where a parent taking a student to Kisumu Day School paid fees in our school account. A similar case has been witnessed with a parent paying for a student in that school,” Obwogo said.

He dismissed claims by some parents that the school uniform has been changed. The uniform is the same, he said, adding that students with torn uniforms were advised to buy new ones.

“Parents should play their role in ensuring children get the best education. They need to seek clarification from the school to avoid rumours. Our focus is on the child’s performance and well being,” Obwogo said.

He also told parents to ensure their children have good uniforms and a mattress while in school. “What is wrong if a parent is told to buy a new uniform for his or her child? We must learn to give the best to children,” he said.

Obwogo said there were some students who lacked a mattress while some had only a pair of uniforms last year. This prompted the administration to ask parents to buy an additional pair of uniforms for their children.

Kisumu Boys is one of the best high schools in Kenya, with its history dating back to the early 20th century and the construction of the Kenya-Uganda railway.

The school became Indian High School in 1948 when the primary school was relocated to another site.

The school was initially co-educational, admitting boys and girls. It became an all-boys high school following the creation of a separate girls school — Kisumu Girls High School — in 1961.

Other famous individuals who attended the school are comedians Eric Omondi and Fred Omondi. Kisumu Boys’ is adjacent to the Aga Khan Hospital and Kisumu Girls High School.