• Sailo secured a Sh50,000 loan from the fund, which they invested in agribusiness. They ventured into bull fattening and cereals business.

• Sailo Youth Group has since bought more land for coffee farming, which is their main source of income. 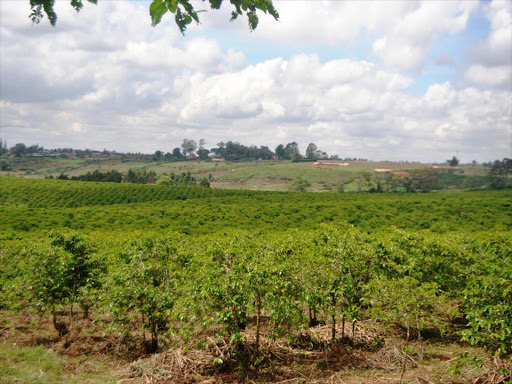 The Youth Enterprise Development Fund has continued to transform the lives of Kenyan youth by providing economic opportunities for them.

Sailo Youth Group in Kipkelion East, Kericho county, is one of the beneficiaries of the Youth Enterprise Development Fund.

The 12-member group, composed of eight men and four women, started out as a self-help group in 2012, but it was not until 2014 when they formally got registered.

After registering, they secured a Sh50,000 loan from the fund, which they invested in agribusiness. They ventured into bull fattening and cereals business.

Youth group chairman Charles Tumm said the business was a success and they repaid the loan and qualified for more funds.

“After we completed repaying our first loan which had a very low interest rate of six per cent annually, we were confident enough to borrow more since we had a plan to venture into coffee farming,” he said.

The group then secured a second loan of Sh200,000 and started coffee farming, from which they started reaping benefits after three years.

The group has applied for a third loan of Sh500,000 to enhance their coffee farming next year.

Kericho is predominantly a tea-growing zone, but coffee is grown in areas of Kipkelion East subcounty, thanks to its black cotton soil.

“We first leased land but after our first harvest, we had made enough money to purchase one and a half acres which was a great milestone for us as a group,” Tumm said.

Sailo Youth Group has since bought more land for coffee farming, which is their main source of income.

From the cash they get from their venture, group members comfortably fend for their families.

“We currently own four acres as a group. We have planted coffee on three acres and all our group members also own their individual lands. Recently we bought over 10,000 seedlings of coffee and distributed them to group members to plant on their parcels,” Tumm said.

Last year, Sailo Youth Group harvested 9,800 kilos of coffee berries, which earned them more than Sh800,000. This year, they expect to harvest at least 14,000 kilos of the berries in which they will pocket over Sh1 million.

“We used to take our coffee to Kapchawir factory which is far from this area but due to the increase in production of our coffee, the factory decided to open a branch in our village to make transportation easy,” Tumm said.

He said three varieties of coffee -Ruiru 11, Batian, and K7- are grown in Kipkelion East. Ruiru 11, Tumm said, can resist coffee berry disease and coffee leaf rust and is suitable for all growing altitudes in Kenya.

“We are better managing the common challenges most coffee farmers grapple with by employing better practices to maintain good standards of the berries. Our venture into coffee farming in this village has also created job opportunities since we now have 20 casual labourers in our farms who cultivate the coffee and come in handy during harvesting,” Tumm said.

He encouraged the youth to form groups and capitalise on the Youth Enterprise Development Fund to improve their lives.

Kericho county credit officer Victor Langat said 118 youth groups have benefitted from the funds this financial year. He said more than Sh10 million has been disbursed to the groups that mostly engage in agribusiness.

“The Agri-Biz Loan is available to youth who wish to start or expand agricultural-related businesses including the purchase of equipment and working capital which is available to individuals, registered groups, partnerships and companies owned and run by the youth in which they can access up to Sh2 million to be repaid within three years,” he said.

Langat said applicants must source for inputs or equipment from accredited vendors and provide invoices/quotations for the same.

They must also have a valid supply contract where applicable, relevant licences, and a proposal for starting an agricultural undertaking.

Applicants are also required to provide relevant business records including sales agreement, certified six months bank statements, and proof of ownership of the land where farming will be undertaken or lease agreements for leased land, or consent of use of land from the owner.

“Start-up applicants must be organised in groups, or must have alternative income, or must provide conventional securities,” Langat added.

Post a comment
WATCH: The latest videos from the Star
by KNA by Kibe Mburu
Rift Valley
30 December 2021 - 22:00
Read The E-Paper