So many Form 1 students, so few resources in West Pokot

• Upon successful Form 1 admission, extra county school with 1,261 students which managed a mean score of 6.4 last year will now admit more than 1,700 students.

• Many students but few teachers, resources. 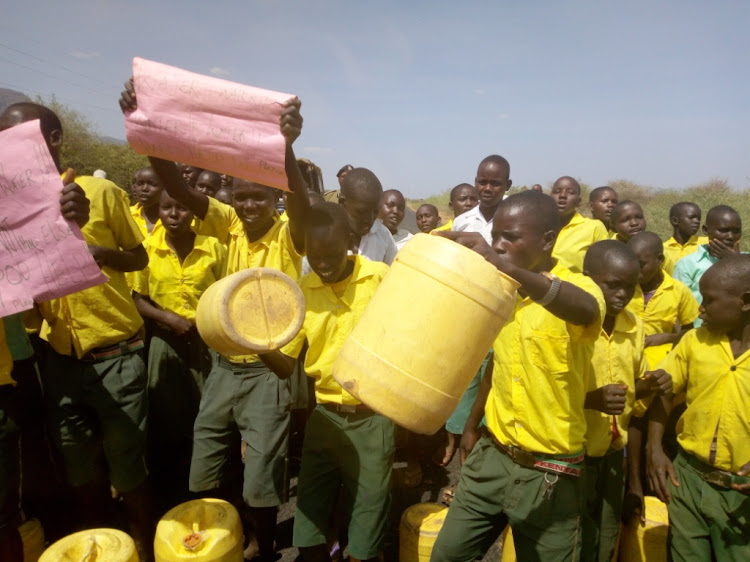 Following the government’s directive of 100 per cent transition from primary to secondary schools, the government is trying to ensure every student who sat the KCPE exam is admitted — no matter their score.

Moses Ndeda, the principal of Kapenguria Boys High School in West Pokot county, the school expects to admit at least 432 students; its capacity is 288.

“The 100 per cent transition brought about by the Free Day Secondary Education is going to stretch resources a lot to accommodate extra students they must admit," he said.

Speaking in his office, Ndeda said the Form 1 class this year is expected to shoot ii[ from the current six streams to eight or nine streams, saying this will require more teachers, classrooms, teacher materials and accommodation.

“We have already prepared ourselves; we even have tents ready. We will have to recruit more Board of Management teachers. We hope the TSC will considering increasing the teaching staff.

Carpenter John Wehila, a father of seven seeking admission for his son Isaac in the same school, told the Star that the admission process has been smooth as long as one has the admission letter, birth certificate, result slip and other requirements.

Wehila said his son got an NGO scholarship so he could join Kapenguria Boys High School after he earned the highest marks in his school with 366 marks in the KCPE exam.

Principal Ndeda, who has worked there for a year after his transfer from Kericho county, told parents not to worry because their children are in safe hands.

“We have the guidance and counselling that gives students support and ensures they are comfortable. We also have a team of senior students assigned to check on the welfare of the newcomers, he said.

Upon successful Form 1 admission, extra county school with 1,261 students which managed a mean score of 6.4 last year will now admit more than 1,700 students.