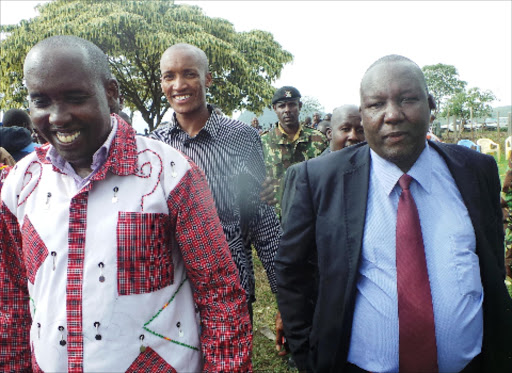 Lenku said more security personnel have been deployed to the park ahead of the onset of the high season.

“As the annual wildebeest migration commences in the Masai Mara, my ministry and that of Tourism have joined hands to ensure the safety of those visiting the reserve. We do not want to leave anything to chance,” he said Lenku.

He said the country is not as insecure as they want to portray it.

Lenku said such nations have their own agenda and they should come clean.

“As a nation, we cannot be intimidated. We ask the tourists to ignore such advisories because terrorism is not solely confined to Kenya,” he said.

Elsewhere, a tourism organisation has urged the government to stop depending on foreign tourists and instead concentrate in promoting domestic tourism.

He said the travel advisories are posing a big danger to the growth of tourism industry.

In a press statement yesterday, Nguli said the continuous dependence on foreign tourism has continued to affect the sector and Kenyans should now promote their own country.

“In view of the unfolding events in the tourism industry, we require a local solution to our local problems. We can sort ourselves out from the mess. Kenyans need to rethink and start creating soft landing mechanisms aimed at creating affordable home grown tourism for our own and the neighboring friendly countries consumption,” he said.

said they have started an initiative to focus at creating domestic tourism curiosity among the Kenyans to enable them embrace and appreciate tourism.

“The leading Tour Operator Association, which is dominated by European tour operators, is either supporting the travel advisories at the expense of the local tour operators who do not seem to have a local representation or they are just watching as the events unfold,” he said.

urged hoteliers at the Coast affected by terrorism and the travel advisories to take up home grown tourism and affordable hotel accommodation incentives.

He appealed to the tour operators to utilise at the devolved system of government as a new tourism potential for local and regional consumption.

“With the proper functioning of the county governments, there is a lot that can be done to promote local tourism through county cultural exchange programmes. The county tourism departments can organise tourism exhibitions, buyer-seller forums, entertainment programmes that are cultural based and talent development focused on different counties to promote national cohesion, tourism presence, activity and distribution throughout the republic,”

He lauded the move by President Uhuru directing all companies and institutions to pay the expenses for the employees.