Shauri Yako estate where shortage of latrines is a nightmare

A resident says hygiene is also a challenge because they are not cleaned regularly. 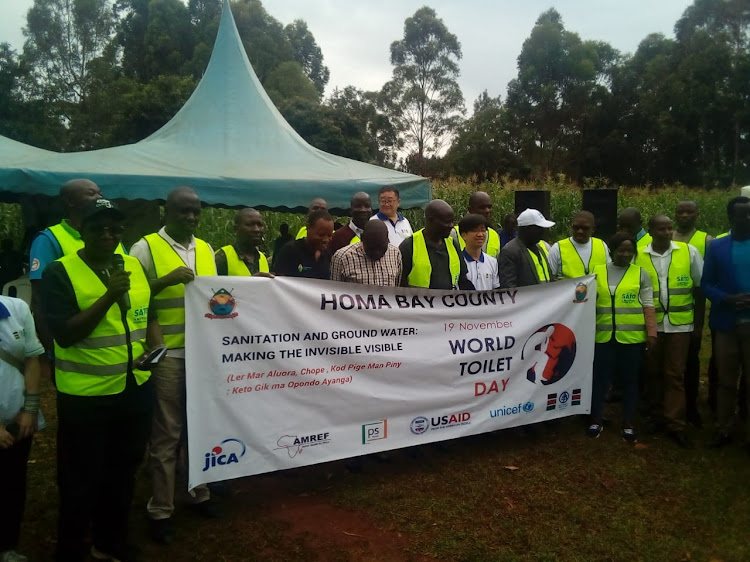 Shauri Yako is a Kiswahili word which means 'that is your problem and predicament.'

As the name suggest, Shauri Yako estate in Homa Bay town is a slum where many residents are faced with myriad challenges and difficulties as they struggle with life.

Problems are never ending at the estate, starting from shortage of water, latrines and low living standards.

When one takes a walk along the footpaths and between the dilapidated iron sheet house structures in the estate, you will not fail to come across faeces and other human waste folded in bags and dumped carelessly.

The improper ways of disposing waste have made most parts of the estate to produce foul smell.

Evelyn Obara, a resident, said they feel like neglected people because of the problems they undergo to make ends meet.

Shortage of latrines in the estate, she said, is one of the hardships residents face as most children and women are predisposed to health challenges.

In their rental building, Evelyn said she lives in a house where there are seven other families which have members and share two latrines.

She said hygiene is a challenge because they are not cleaned regularly.

“There are children who have contracted dysentery and cholera in this estate. Until now many people are still exposed to diseases that come because of poor sanitation,” Evelyn said. 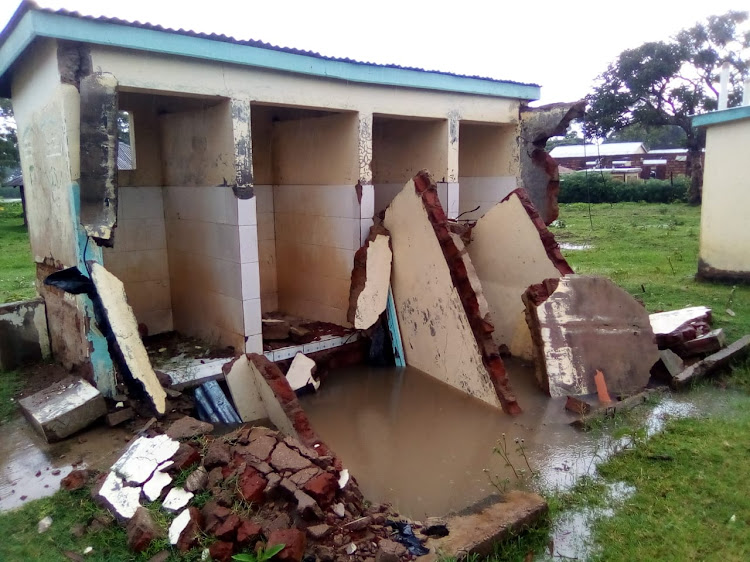 According to Evelyn, their latrines are also located away from the house. When she is pressed, she has to walk for about 50 metres and cross a road in order to access them.

The situation has made other people, especially passersby to misuse the latrines.

Accessing the latrines becomes a challenge at night because the area has no street light.

“Reports have been made on the health challenges people living in Shauri Yako face to Homa Bay government but there is no positive response. We feel like neglected people,” she said.

But resident, Sarah Otieno, said she got a reprieve when a concerned artisan trained by an NGO called Financial Inclusion Improved Sanitation and Health (Finish Mondial) constructed them a latrine in 2019.

“The help came after we complained several times over fear of contracting diseases associated with poor sanitation. There is still need to build more latrines to address health challenges,” Otieno said.

This year’s theme was ‘sanitation and ground water: making the invisible visible’.

The toilets have been constructed by 134 artisans trained by the organisation to build them, while 32 individuals are trained to market the concept as more than 50 public health officers assigned to promote the idea.

Kidiga said leach pit can be emptied easily, cleaned and waste used as manure in the farms. Leach pits are dug outside or behind the toilet.

“The toilet is linked to the pit through a junction box that directs the waste into leach pit when used. The facility is always safe and easy to maintain,” the Finish Mondial official said.

When one pit is filled up, the wastes are channelled to the other one at the junction box.

Kidiga said the one that is filled up can be used as manure when the waste dries up. 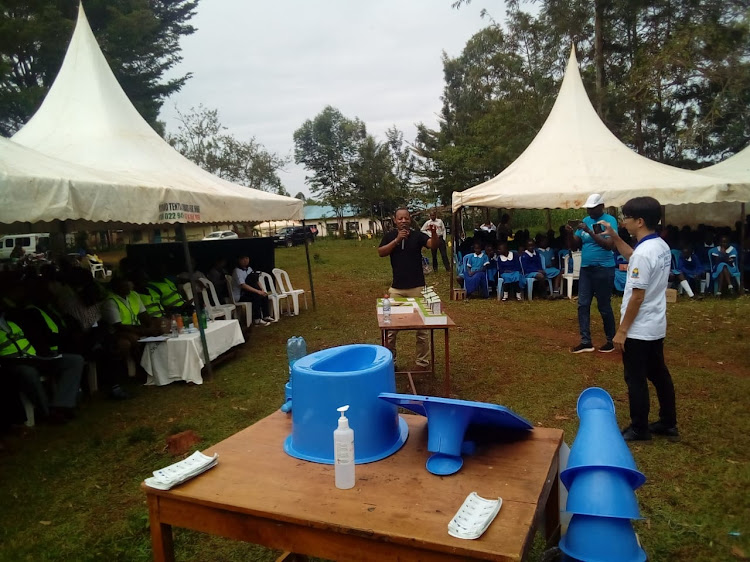 During the celebrations, Homa Bay health officers said that the county is still faced with shortage of latrines as many people prefer to defecate in the open.

In Homa Bay, only three out of nine subcounties have been declared as open free defecation zones.

Other six subcounties still have people going for the call of nature in the bushes, sugarcane plantations and the lake.

The statistics include urban dwellers, especially in slums where hundreds of families share latrines which are filled with human waste.

“The black cotton soil makes construction of latrines expensive and unaffordable to many people,” Agwanda said.

Agwanda, however, said they are working with Finish Mondial organisation to train more people for construction of leach pit-type latrines.

Leach pits latrines have been discovered to be good with Homa Bay as they can withstand the soil type.

“We’re going to improve on the data of latrines in Homa Bay. Let people play the role of observing personal hygiene,” he said.

Known as Sato stools, they are considered convenient and comfortable.
Counties
2 weeks ago

Most of you don't wash hands properly, Ministry of Health says

Only 25 per cent of Kenyans have hand-washing facilities.
Counties
1 month ago