Governor aspirants step up campaigns after Raila fails to endorse them

In his speech, Raila concentrated on voter listing and his 10-point transformative economic agenda 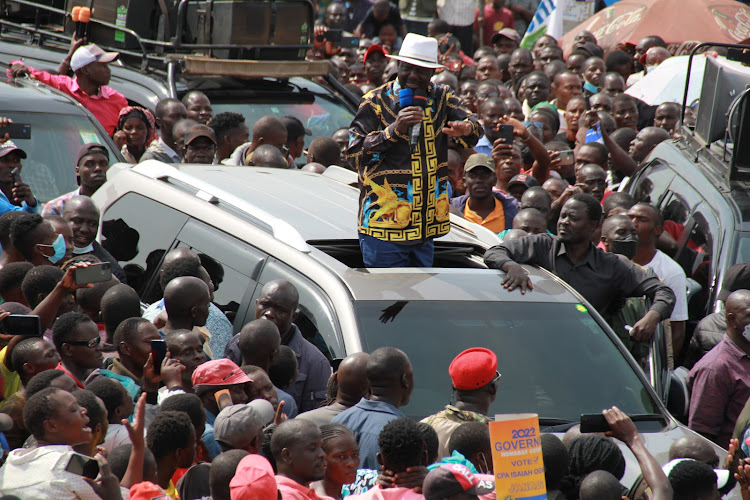 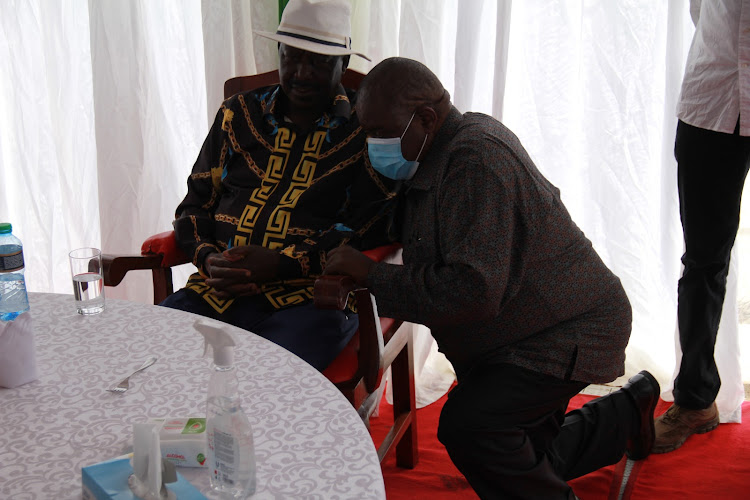 Homa Bay gubernatorial aspirants have embarked on grass-root campaigns after ODM leader Raila Odinga failed to endorse any of them.

In his speech, Raila concentrated on voter listing and his 10-point transformative economic agenda.

“Let’s focus on the bigger picture and register as voters because all these aspirants are my people. The issue of who get which seat shouldn’t bother us now,” Raila said.

During the tour many of the residents vainly expected Raila to give them direction on preferred successor of Governor Cyprian Awiti.

Long time supporter of ODM Patrick Agwagra said Raila failed to meet the expectation of the majority in Homa Bay.

Agwagra argued that many supporters of governor aspirants were keenly waiting for Raila endorse a candidate.

The project was funded by the Belgian government in collaboration with the Ministry of Water.

In Ndhiwa, Suba North MP Millie Odhiambo persuaded Raila to intervene in the matter saying the coveted seat has attracted leaders who should help him in national politics.

“Jakom, I see people including the ones you consider as foot soldiers concentrating on the governor seat. Because of that when you become president, pass BBI and make me a minister,” Millie said.

“Among Kidero, Wanga, Magwanga ,Ogwe and Mbadi no one can say they have a head start. It is difficult to know who will win the ODM ticket,” Agwagra said.

Raila had already pronounced that they will prioritise consensus when picking a candidate before employing other measures like universal suffrage and direct tickets.

In Homa Bay town, Raila asked the residents to allow him work with Awiti at the national level after his governor term ends.

He told political aspirants to remain in ODM because they will get job opportunities if he forms the next government.

The aspirants are now criss-crossing the county with an aim of winning support.

“Nobody understands family issues than a woman. My agenda is to make life easy for the people of Homa Bay,” Wanga said in Rusinga.

Kidero is focusing on economic transformation. The former governor says he wants to transform Homa Bay into an economic hub in Nyanza region.

“Homa Bay is endowed with resources which we can tap and transform the living standards of our people. We’re beyond guess work,” Kidero said in Kasipul constituency.

Mbadi, Ogingo and Ogwe have also been traversing Ndhiwa which is the most populous constituency in Homa Bay.

The ODM chairman argues that he is the most experienced politician among his competitors. Mbadi was first elected as Suba MP in 2007.

“I understand devolution so I cannot fail the people of Homa Bay. I’m an accountant by profession and I know how to utilise resources,” he said in Kanyamwa Kologi ward.

Magwanga boasts of his past record during tenure as Kasipul MP.

He was listed twice as the best in CDF utilisation in the country during his term as MP.

“It’s only in the hands of Magwanga where Homa Bay people are safe. My leadership has been tested and proven,” Magwanga said during his endorsement by some elders from the greater Rachuonyo region.

The project produces 8800 cubic meters per day.
Counties
4 months ago

The coronation means the region now recognises Magwanga as the sole gubernatorial aspirant whom they will support.
Counties
4 months ago

He said youths should use their numerical strength to elect good leaders who will improve their lives
Counties
4 months ago
by ROBERT OMOLLO
Nyanza
26 January 2022 - 22:00