Why FGM won't end in Kuria 2022 despite Uhuru directive

•In October, elders from the four clans of Nyabasi, Bwirege, Bugumbe and Bukira appended their signature to end the vice flanked by activists and government officials from anti-FGM board and provincial administrations. 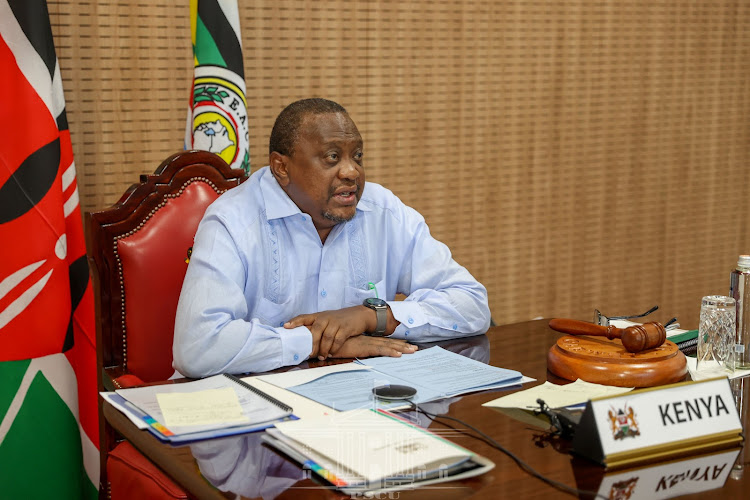 Activists against Female Genital Mutilation in Kuria community have said the vice will not end by 2022 as President Uhuru Kenyatta had instructed in a decree.

They said the community proximity to Tanzania has seen many girls cross over the border for the cut, while stigma against uncircumcised girls is still rampant.

“We know Kuria as a community, FGM will not end completely by 2022 despite the presidential decree, but efforts to meet the deadline have seen the vice reduce completely,” Benter Ombwayo, an activist with Micontrap Kenya, said.

“We have seen FGM effects and stigma reduce, but we still have elders and members of the tribe who have continued to hold on to the vice,” she said.

Ombwayo said the directive by Kenyatta was welcome as a fight against the vice because it means their efforts got the backing of the highest office in the land.

She said this momentum will be helpful in ending the vice but not by the end of next year.

“This goes not only for the Kuria community but also among other communities practising the vice. We have managed to scale it down, including making it to be practiced underground and not openly, but it won't completely end by next year,” she said.

She was speaking at a hotel in Migori town on Monday morning when Micontrap-Kenya organised a conference that brought together stakeholders against FGM in Migori town.

Tobias Gatango, a member of Kuria Council of Elder said the FGM vice will end with time but not completely next year which will be similar to ear piercing as a rite of passage.

“As a community we used to pierce our ears as a rite of passage, which ended up completely. We have hope FGM will be pushed into periphery of culture and completely be abandoned,” Gitango said.

Tabith Mutongori, said pressure on uncircumcised girls who are shunned and named as ‘Msagane’, a derogatory term in the community, is still high.

“Uncircumcised girls are not allowed to open gates to the cowshed, or even cook and marriage in some sections are hard with high stigma. This will not end by next year,” Mutongori said.

The two were speaking in Ntimaru center when they addressed school-going girls.

In October, elders from the four clans of Nyabasi, Bwirege, Bugumbe and Bukira appended their signature to end the vice flanked by activists and government officials from anti-FGM board and provincial administrations.

“We have heeded President Uhuru’s Kenyatta’s call to let go of our past cultural practices which we have held for decades. We will soon be moving to the shrines to seek spiritual interventions from our ancestors,” Mzee Maisori Chacha, one of the elders, said.

Anti FGM Chairperson Judy Pareiyo hailed the move by the Kuria elders terming it “a timely intervention to secure the future of the girl child.”

According to data from  the United Nations, one in five women and girls aged between 15 and 49 in Kenya have undergone FGM, which usually involves the partial or total removal of the female genitalia and can cause a host of serious health problems,

Kenya outlawed FGM in 2011, putting stringent penalties on perpetrators with the offences including aiding or abetting FGM, the possession of tools to carry out the practice, and failure to report a person carrying out FGM.

The law stipulates a prison sentence of not less than three years or a fine of 200,000 shillings  or both for the crimes.

A person who causes the death of a girl through FGM can be sentenced to life imprisonment.

In November 2019, President Uhuru Kenyatta promised to end female genital mutilation (FGM) by 2022, a goal women’s rights campaigners termed unrealistic due to insecurity and high prevalence rates in some parts of the country.

“Kenya commits to eliminate female genital mutilation by 2022,” President Kenyatta told a global conference on sexual and reproductive health and rights as part of a series of commitments made by governments at the event.

“In addition, the country will eliminate all forms of gender-based violence and harmful practices by 2030 through the strengthening of coordination mechanisms and by addressing cultural norms that propagate these practices,” he added.