• NLC on October 14 issued a notice of intention to allocate part of the wetland to Lake Agro.

• The notice has ignited stiff opposition from various groups and organisations, among them agencies such as Lake Basin Development Authority. 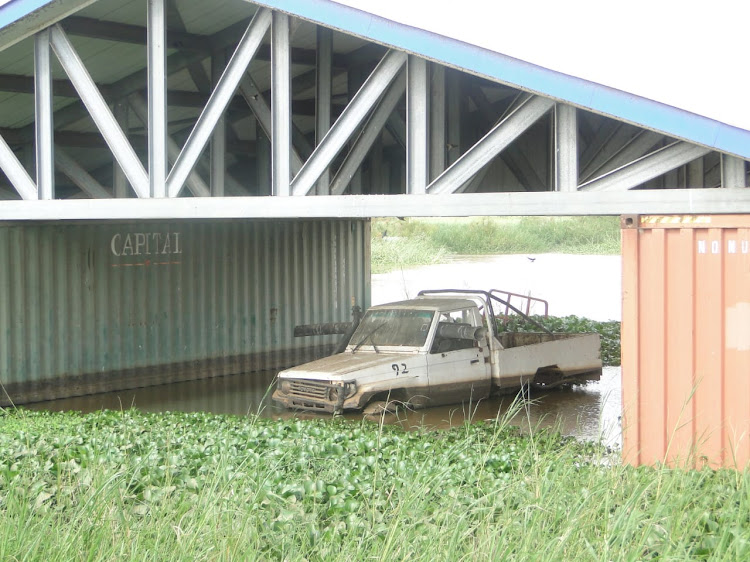 Some residents of Ratuoro-Kadenge sublocation in Siaya county drawn from the villages of Kanyamaji, Kanyango, Gendro and Seje on Monday threatened to boycott 2022 elections if the land is allocated to a private investor by NLC
Image: DICKENS WASONGA

Some residents of Ratuoro-Kadenge sublocation, Siaya county, on Monday vowed to boycott the 2022 polls over Yala swamp land issue.

The residents drawn from the villages of Kanyamaji, Gendro and Kanyango resolved there will be no need for them to participate in an election that gives them leaders who abandon them over pertinent issues such as the contentious Yala swamp land allocation.

NLC on October 14 issued a notice of intention to allocate part of the wetland to Lake Agro. The notice has ignited stiff opposition from various groups and organisations, among them agencies such as Lake Basin Development Authority.

Led by the Yala swamp community chairman Walter Nyangira, the residents said they were never involved in the intention to allocate the land to any private developer and vowed to resist the move by the NLC.

"We won't recognise any boardroom resolutions that exclude the community. We want the commission to immediately withdraw the notice and if they fail to do so, we will hold a demonstration in Siaya town," Nyangira said.

They also hit out at the Siaya government, whose leadership they allege was behind the plot to grab the land.

"The executive and the county assembly can not dupe us by handing over our land to a private investor without involving us, " Nyangira said.

Monica Achieng' from Kanyamaji village, who spoke on behalf of women, said they will be the hardest hit should the land be allocated to the investor.

Achieng' said women from the area have been tiling the land for decades to feed their families.

"Women from this village rely on the swamp land for food production. We have been carrying out various agricultural activities in the swamp to feed and educate our children".

"We are opposing the proposal to allocate the land to an investor because our livelihood depends on the land," she said.

Achieng' accused political leaders from the area of doing little to protect community interest in regards to the issue.

She said they have in the past denied them rights but they continue to elect them to office .

"If the land is given to the investor under their watch, then there will be no need for us to vote, " she said.

"From the villages of Kanyamaji, Seje, Gendro, Yimbo and Kanyango, we have resolved to boycott the elections. We will never again be used as voting tools by politicians seeking to satisfy selfish interests, " Achieng' added.

Mzee Omol Sumba, who is from Gendro, said the swamp was left to his generation by his forefathers and can not be taken away from the community.

"Those teaming up with the people eyeing our land can not get our votes. Our position is clear, if you want our votes then you must push for our interest on the land question, " he said.

Sumba said the community can not sell their birthright bequeathed to them by their ancestors.

"We have lived here for decades tilling the land, grazing our livestock and raising our children and grandchildren. We will relentlessly oppose any attempt to grab the land, " he said.

William Ogwek, who also comes from Kadenge sublocation, said the NLC's notice had brought panic and anxiety amongst the people living around the swamp.

Ogwek said the notice dimmed their hopes of ever getting back the community land.

"We had anticipated the land would be registered so that the community gets its share, " he said.

Once registered as community land, he said, they will see what portion can be allocated to an investo in partnership with the Siaya government.

"We are not opposed to having an investor coming in to utilise the land. We appreciate development but residents who have been depending on the land must be assured that their interest is taken care of, " he said.

LBDA last week wrote to NLC opposing plans to allocate Yala swamp land to Lake Agro. The authority asked NLC to supply it with certified copies of notice of conversion of the land from public to private land.

The authority said no proper notice was issued, notifying the public and stakeholders of the availability of the land for allocation. It says it objects to the intended allocation of land on grounds that the process is void and not in conformity with all statutory provisions and all enabling provisions of the law.

In the letter to NLC chairman, LBDA said it was neither consulted on the process of the intended allocation nor was it notified of the availability of the land, despite its highly vested public interest and development.

The allocation, according to the authority, is not in the best interest of the Lake Basin region. Further, the agency argues that no compensation scheme has been provided for the public and taxpayer's funds utilised in reclamation of the land, maintenance of the reclaimed land, renovation and construction of dykes and a weir.

Post a comment
WATCH: The latest videos from the Star
by DICKENS WASONGA
Nyanza
09 November 2021 - 23:00
Read The E-Paper