Kisumu principal's job on the line over massive irregularities

• County director of education Isaac Atebe called on the DCI and other agencies to further probe the forgery of documents used in procurement. 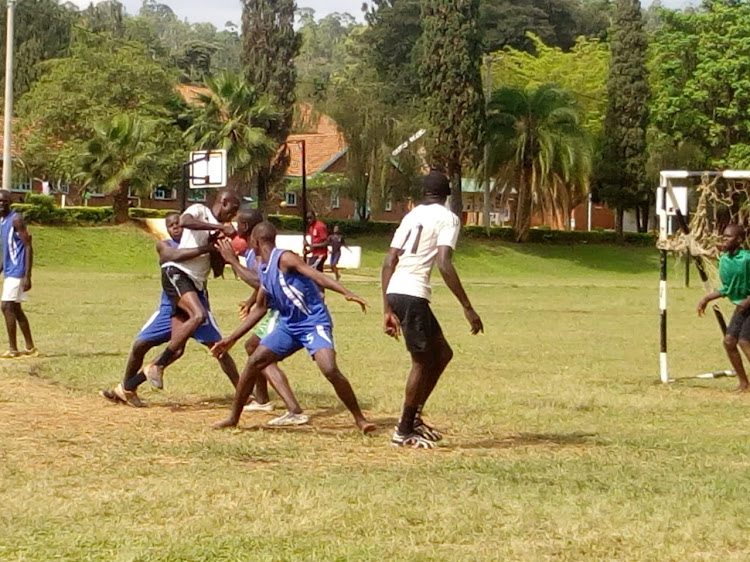 The Education ministry has unearthed irregularities at Kanyamedha Mixed Secondary School in Kisumu.

County director of education Isaac Atebe called on the Directorate of Criminal Investigations and other agencies to further probe the forgery of documents used in procurement.

In the report, Atebe wanted Opiyo held accountable for Sh3,455,855. He said she violated the Public Procurement Asset and Disposal Act, 2015; the Code of Regulations for Teachers, 2015; and the Public Finance Management Act, 2012.

Opiyo, however, dismissed the allegations, blaming Odhiambo, the Board of Management chairperson, and Kisumu West subcounty director of education Mary Ochoi for her tribulations.

“Bad blood between Ochoi and me started way back when I was in Bondo,” she said.

The report also wants her held responsible for giving false information to the ministry on the tender process in violation of Chapter Six of the Constitution and the PFM Act 2012.

The report says nine allegations against the principal were found to be true. Atebe asked Rugut to effect necessary changes to safeguard public resources and ensure effective supervision for the benefit of the 780 learners in the school.

The report was copied to the principal secretary for early learning and basic education, the Ministry of Education audit director, the ministry's director of quality assurance and standards, the Nyanza regional director of education, the county commissioner, and the school’s BoM chairperson.

He said a team of quality assurance officers, auditors, and TSC officials visited the school on February 2 to determine the truthfulness of the allegations following complaints by stakeholders.

The investigators established that only one annual general meeting had been held in the school since 2017.

"The principal had not convened an AGM since the last was held on July 8, 2017," the report reads.

It says the principal had been levying a fee of between Sh12,000 and Sh15,000 annually in violation of the approved voluntary lunch programme of Sh9,000 annually.

Opiyo was also found to have been levying and collecting a fee of Sh5,100 per student for school uniforms against the ministry's Free Day School Education policy.

She also mismanaged the 2020 Maintenance Improvement Fund for a twin laboratory. She is accused of failing to seek approval from the county director of education as required by the ministry.

Opiyo did not transfer all the Sh3,072,000 meant for the 2020 MIF project to the school infrastructure committee account and only transferred Sh1.5 million.

She also failed to follow the stipulated procurement process to procure services and goods for the twin laboratory construction.

Opiyo had spent Sh2,205,855 on the laboratory project, which was 80 per cent complete, against the bill of quantity of Sh6,039,360 for a new twin laboratory, indicating that the project was a rehabilitation of two old classrooms.

But the agent of the company denied participating in the tender or engaging in any contractual agreement with the school management.

Opiyo also altered BoM minutes signed by the chairperson in regard to the procurement of goods and services for the laboratory project. BoM chairperson disowned the altered minutes.

Documents altered included the procurement minutes of meetings purported to have been attended by teachers. The listed teachers denied ever participating in such meetings.

Others are the appointment of teachers as members of the ad hoc committee on the procurement of goods and services for the twin laboratories. Teachers denied being appointed to the panel.

Opiyo was further found not to be keeping supporting local purchase orders and store ledgers for goods supplied, in addition to using non-authentic procurement minutes.

“This is evidenced in the procurement of 250 chairs and lockers valued at Sh1,250,000 in 2019, which had no LPOs nor were they recorded in the store ledgers. The deputy principal asserted that these were neither supplied nor received in the school,” the report reads.

The evidence made the school procurement process and procedures null and void. The investigators also found Opiyo to have misappropriated Sh173,906 meant for Covid-19 preparedness.

Odhiambo allegedly collected an unspecified amount of levies from parents and did not disclose it to Opiyo, the accounting officer.

Opiyo could not account for Sh3,455,855 under the MIF vote head given the unprocedural procurement processes. She also did not put effective curriculum supervision strategies and lesson attendance of teachers.

The report also implicated Opiyo after she was found to have mismanaged human resources by engaging and dismissing BoM employees without consulting the BoM.

She failed to replace critical school staff such as bursar, secretary, and storekeeper and did not follow the stipulated disciplinary procedures in handling TSC teachers and BOM employees in disciplinary cases.

Opiyo was also found not to foster a good working relationship among staff—both teaching and non-teaching members.

The report directed Kisumu West director of education Ochoi to convene a full BoM meeting to discuss the report and ensure the deliberations give direction to each of the issues raised.

Atebe confirmed that he had given out a detailed report on the complaints to relevant offices for action.

Rugut said the report was under discussion by BoM members, with a second meeting scheduled for July 29, for further directions.