A mental assessment test was ordered by the court when he appeared before Kisumu senior resident magistrate Winfrida Onkunya on April 12. 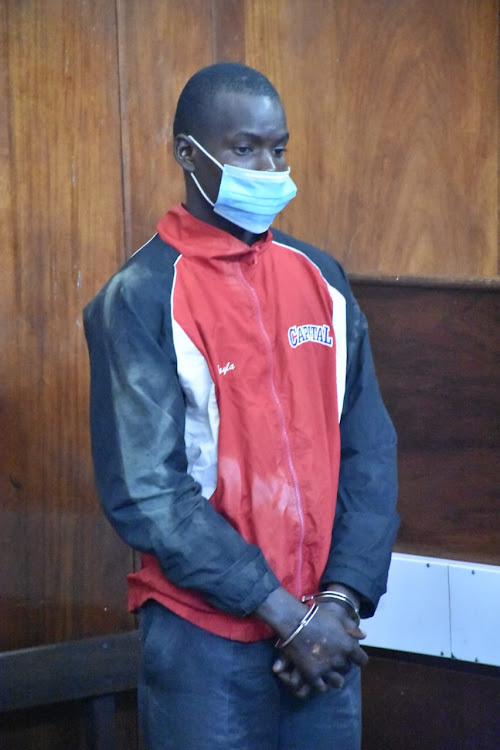 TO BE CHARGED: Kelvin Odhiambo who decapitated his 70-year-old grandmother at a Kisumu court on April 12, 2021
Image: FAITH MATETE

A teenager who decapitated his 70-year-old grandmother is set to appear in court on Monday for plea-taking.

A mental assessment test was ordered by the court when he appeared before Kisumu senior resident magistrate Winfrida Onkunya on April 12.

Since then, he has been arraigned twice as the court awaits the report of the mental assessment.

Police officers manning the station had initially thought he was at the station to see a relative or wanted to make a report.

But they were shocked with what they found inside the bucket after Odhiambo asked them to check it.

He was immediately locked up.

He later led the officers to a tin-roofed semi-permanent house which he shared with the woman at Nyalenda Kilo estate.

The Kisumu Central police station boss visited the scene of crime alongside DCI officers. They established that the suspect had murdered the woman using a hoe.

The suspect had earlier been released from Shikutsa juvenile remand home where he had been held for the offence of stealing.

Neighbours said Odhiambo had left home at about 2.55 pm carrying a bag and two buckets. He left on a motorbike. 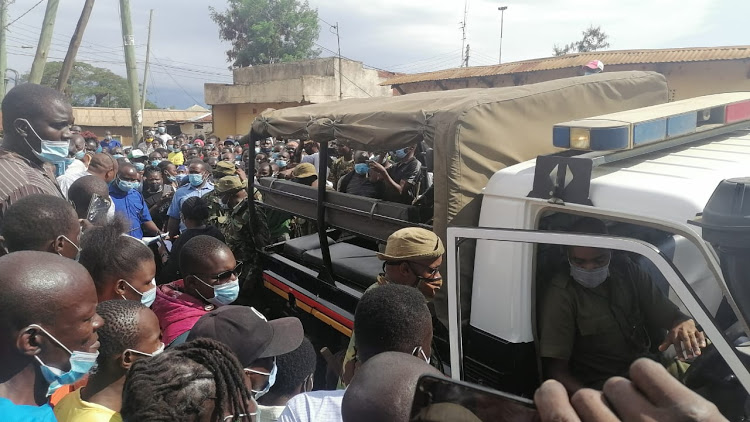 Police collect the body of 70-year-old granny who was beheaded by the grandson in Nyalenda Kisumu
Image: faith matete
by FAITH MATETE Correspondent, Kisumu
Nyanza
09 May 2021 - 22:00