Celebration will be held at the Jomo Kenyatta Stadium in Mamboleo, Kisumu East

• The construction of the Sh415 million facility is almost complete according to Kibicho who chairs the National Celebrations Committee.

• Kibicho said the construction works at the stadium and the roads leading to the venue will be completed by June 15 ahead of the celebrations to commemorate the day Kenya attained internal self-rule. 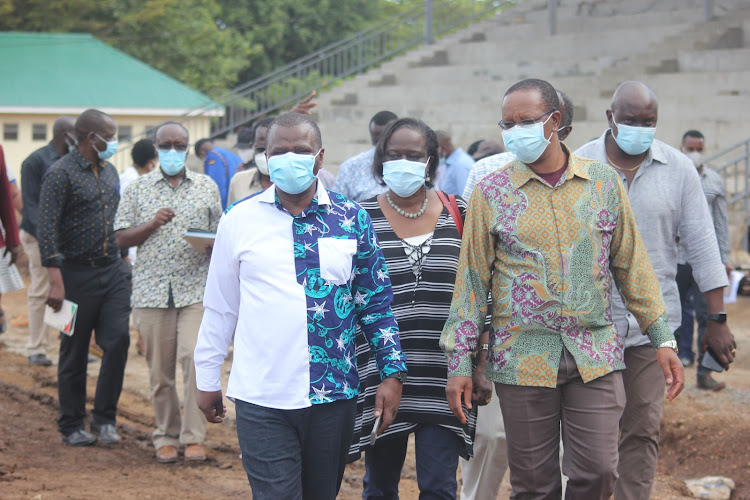 Preparations for this year’s Madaraka Day celebrations in Kisumu are in top gear, Interior PS Karanja Kibicho has said.

The celebration will be held at the Jomo Kenyatta Stadium in Mamboleo, Kisumu East, which is under construction.

The construction of the Sh415 million facility is almost complete according to Kibicho who chairs the National Celebrations Committee.

A top government delegation team led by Kibicho on Wednesday visited the stadium to inspect the ongoing construction works.

Kibicho said the construction works at the stadium and the roads leading to the venue will be completed by June 15 ahead of the celebrations to commemorate the day Kenya attained internal self-rule.

“We are satisfied with the ongoing preparations and we have assured that the construction works will be complete by then,” he said.

This is the first time Kisumu will host a national celebration day which is expected to spur economic activities especially in hotel and transport sector.

Kibicho noted that they will observe Covid-19 protocol by restricting those to access the stadium to invited guests. He said Kenyans will follow the celebrations virtually.

“We will have live celebrations and have various points where Kenyans will access to follow the celebrations,” the PS said.

The team also visited Kisumu’s State Lodge where the Head of State will host a luncheon for his guests.

Kibicho said the government was committed to completing the ongoing multi-billion national projects in Kisumu.

Already, the rehabilitation of the Sh3.8 billion Nakuru-Kisumu railway line by the Kenya Defence Forces is complete.

The first trial run was expected in April, when President Uhuru Kenyatta and ODM leader Raila Odinga were to be among VIPs aboard the trains. Full operations are expected later. 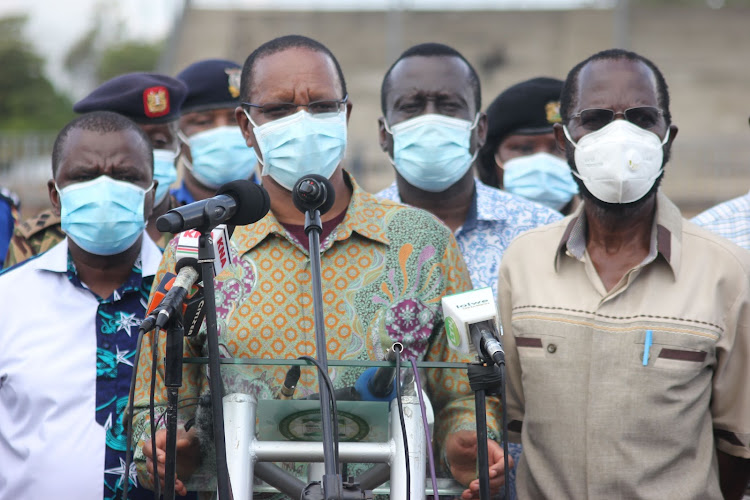 In February, Defence CAS Peter Odoyo inspected the line and said works are complete. The revived metre-gauge line will be part of the transport infrastructure to Uganda and Tanzania.

The 217km line will connect to the Sh3 billion rehabilitated Kisumu port, enabling the ferrying of cargo and passengers to Uganda, Rwanda, Burundi and the DRC via Lake Victoria.

Businesses that relied on the railway will bounce back, creating opportunities for youths.

“We are at the disposal of Kenya Railways and if they want more support from the Navy to rehabilitate more ships we are ready to come in,” Odoyo said.

The MV Uhuru has made over 45 trips since last year, usually carrying fuel to Uganda.

Nyong’o said the event will be a boost to the county's economy. He said the hotel industry is set to benefit from the influx of people who will be attending the celebrations.

Currently, works on Mamboleo Road are ongoing ahead of the event. It is part of the 63km Mamboleo-Miwani-Chemelil-Muhoroni-Kipsitet road being tarmacked for Sh4.9 billion.

The government had awarded the contract to Sinohydro Corporation in a joint venture with Gragab Agencies, according to a March 12 letter from the Kenya National Highways Authority.

This came after the National Treasury approved the funds. The Sh415 million stadium was set to be commissioned mid this month by President Kenyatta, but that was delayed.

Uhuru had inspected ongoing works and said he would be back to commission it.

Uhuru was in Kisumu last October when inspected various development projects and launched the construction of the stadium. It was to be constructed within the city centre, but there was not enough space.

In December, Raila visited the site and called for structural adjustments.

He said he would ask the President for additional funding so it can accommodate many people for a major sporting event. It was one of the many projects going on across the country.

Raila said the stadium will provide employment opportunities to the youth, saying tokenism or handouts are not a solution to unemployment.