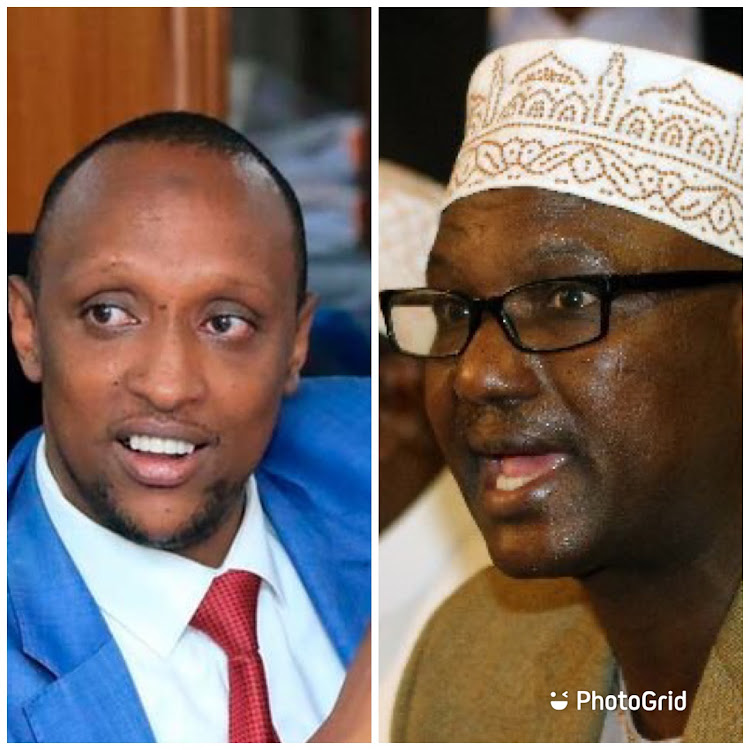 The two are said to be the main candidates in the race to succeed Governor Mohamed Kuti.

Doyo is vying on an independent ticket after the Jubilee party awarded the certificate to his main rival Guyo.

While choosing running mates Guyo went after the 11,000 Turkana votes by picking Dr James Lowasa after Hudson Kinyua, his first choice, dumped him for Doyo.

Doyo who is wooing the Somali community picked Omar Hassan as his running mate.

Clan and ethnic politics are the most dominant factors as the race to succeed Kuti intensifies.

North Eastern and upper Eastern counties are hotspots of inter-community and resource-based conflicts.

Communities in these regions face challenges of livestock theft and banditry.

Doyo who hails from Isiolo's largest Borana community wants to make a comeback, counting on his track record during his 2013-2017 tenure.

“I started from scratch, built the systems and laid a strong foundation. We ensured our people had basic needs, improved health services and water provision with limited resources,” he said.

Despite coming from a minority community, Guyo is banking on his 15 years of leadership experience in Nairobi saying he wants to bring his success to Isiolo.

The 41-year-old city politician has so far received the support of the incumbent Kuti who endorsed him in April and the Jubilee Party.

"My leadership will right the wrongs and provide the mature leadership our county is in dire need of. My administration will ensure title deeds are issued within the first year in office.

"I will also lobby for tarmacking of Isiolo-Merti road, to open up the region to economic opportunities and ease transport,” Guyo said.

Waqo is using the anti-graft card to court voters, saying he is the right person to fix the ills bedevilling the county.

He said Raila should establish an institution of higher learning in the region to serve as the pride of Isiolo and boost education levels. 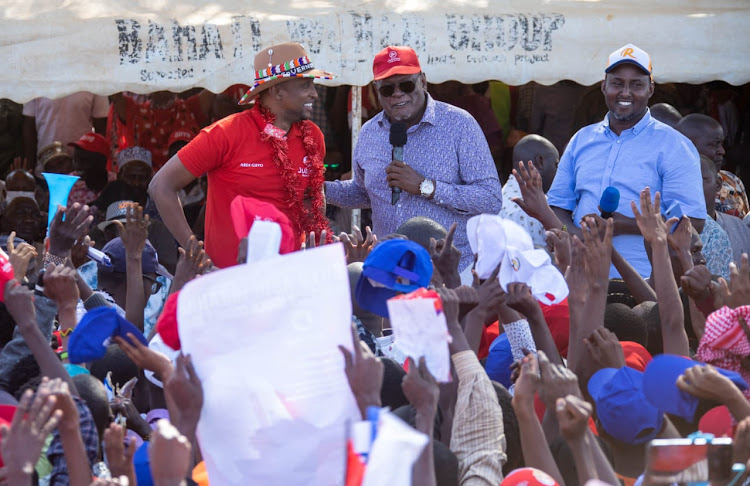 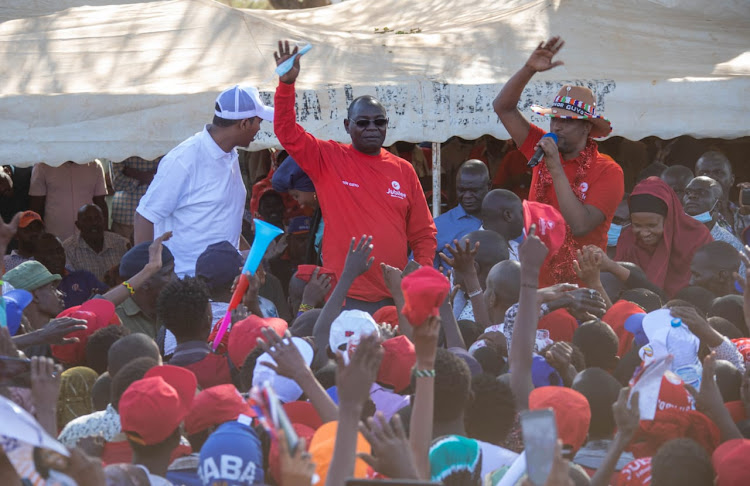 "We have brought a young leader who will be the next governor. Serikali ya Baba iko Imara Isiolo (Raila's government is intact in Isiolo)," he said during an Azimo tour in Isiolo.

He condemned the heckling and warned residents against shouting down leaders.

Guyo said residents should instead listen to their agenda and make informed decisions at the ballot.

“That behaviour of heckling leaders must end. Tupi is my Jubilee candidate and deserves respect. Leaders should seek votes by selling their agenda and not embarrassing others.

"Even if you don’t love them, allow them to sell their agenda and make the final decision,” he said.

Isiolo leaders have urged Raila to focus on insecurity and land issues once elected.

Guyo said Raila should prioritise insecurity issues and end the perennial bandit attacks that have plagued Northeastern for years.

“Insecurity has been a major problem in Isiolo. In the last one month, we have lost more lives to banditry.

“We are requesting Raila, who is our next president to put a buffer zone between Isiolo and Wajir and Marsabit and Samburu counties to end recurrent cattle rustling and killings,” he said.

Guyo spoke while addressing a public gathering in Garbatula Town during Raila's visit.

Over the weekend, six people were killed and eight others injured at Degogicha in Isiolo after armed bandits raided a village and escaped with livestock.

The weekend attack was one of the many that have hit the region in the past weeks.

Guyo also urged Raila to tarmac the Isiolo-Merti road, which has been in a dilapidated state for years.

“Let this road be a legacy that we give to the people of Isiolo once we are elected into office,” he said.

He further promised to ensure residents are issued valid title deeds by the end of 2023.

This has resulted in a land tussle between locals and the military.

Guyo also urged Raila to give the military alternative land to operate from.

He said Raila has vast experience in public service and his devotion to the struggle for independence sets him apart.

The candidate said the ODM leader is the best for the top seat.

Those injured have been admitted at Merti health facility.
News
3 months ago

Ruto is scheduled visits to Nyakoe, Isecha and Nyaguta in Kisii County.
News
3 months ago

He will vie for the seat on a Jubilee ticket alongside running mate James Lowasa.
News
3 months ago