Say minority tribes will have their share under his leadership

• Guyo said elders will also get free NHIF cover to ease access to health services. "The elderly need healthcare but have been abandoned."

• The Jubilee candidate was cleared along side his deputy James Lowasaby by the Independent Electoral Boundaries Commission on Monday. 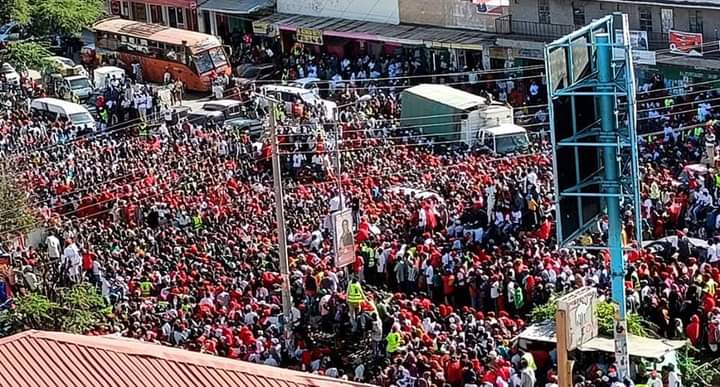 Isiolo governor candidate Abdi Hassan Guyo has revealed a 14-point manifesto ahead of an intense campaign.

The Jubilee candidate was cleared along side his deputy James Lowasaby by the Independent Electoral Boundaries Commission on Monday.

Transport along the busy Isiolo-Moyale highway was disrupted for hours as hundreds of supporters welcomed the duo after their clearance.

During a rally in Isiolo, Guyo said his manifesto is anchored on 14 key points that will guide him in his first term, if elected governor.

He pledged that the minority tribes will have their share under his leadership.

He also said his regime will not tolerate tribalism.

"Isiolo is home to many communities from Meru, Borana, Samburu, Embu, Turkana, Karayu and Sakuye. Everyone will be treated equally because none is superior to the other," Guyo said.

The candidate further promised to cushion pastoral communities from the adverse effects of climate change.

Pastoralism is the main economic activity of majority of Isiolo residents.

Guyo said elders will get free NHIF cover to ease access to health services. "The elderly need healthcare but have been abandoned."

If elected, Guyo promised to complete construction of an abattoir and modern market within 100 days in office.

Not only will it boost trade in Isiolo, but will be a source of employment for youths.

"Market space allocation will be done justly, with priority given to those initially there," Guyo said.

He also said youths in boda boda business will be empowered to advance their business and begin matatu operations.

"As a fellow youth, my government with Lowasaby will implement legislation that gives 30 per cent of all county tenders to youth and women," the candidate said.

He said roads will be constructed in Olla Odha, Olla Jarole, Kiwanjani Kulamawe, Olla mabatini and Olla Bulle to ease movement across the county. 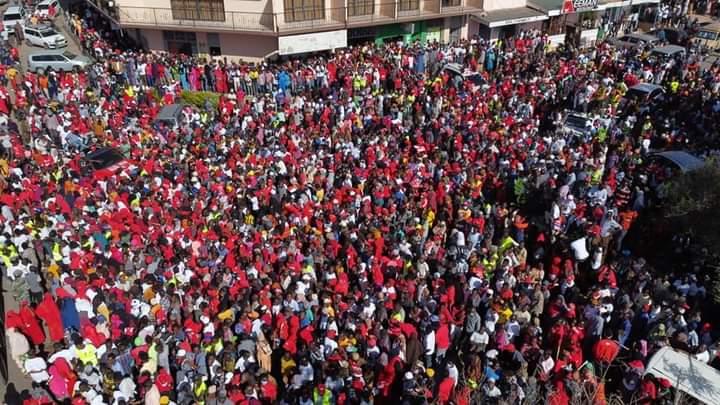 Guyo said insecurity is a challenge in Isiolo, with several unjustified attacks from neighbours.

Pastoral conflicts and clashes have been a major menace in Isiolo, often leading to deaths and theft of animals.

"I will push the national government to carry out their mandate of protecting its citizens. Security officers will be deployed in areas prone to attacks,” Guyo said.

He also said he will create the  Governor's Affirmative Fund to cater for the education of the less fortunate in secondary schools and universities.

Guyo said every child has a right to education.

Lowasaby said Guyo will use his networks in the national government to deliver the Isiolo-Merti road within three years, opening economic opportunities the region.

The duo has also promised to follow up on the registration of community land for pastoral communities to have enough space to graze.

They said they will construct a rehabilitation centre to curb drug addiction.

"Guyo and I will ensure vocational facilities will be equipped so that youths from the rehabilitation center can be absorbed and develop reliable skills," Lowasaby said.

He further said residents will be issued with valid title deeds by the end of 2023.

"Threats of being displaced will cease. Our government will ensure that people get the documents. Land grabbers will have no space in Isiolo,” Lowasaby said.

He will vie for the seat on a Jubilee ticket alongside running mate James Lowasa.
News
3 months ago

Together with his deputy James Lowasa, they pledged to unite all communities if elected.
Counties
4 months ago

Guyo has promised the locals that his government will represent all communities.
Counties
5 months ago