Nairobi has been facing water shortage since 2017 and the situation has not gotten any better.

• The aspirant pledged that expansion and water connectivity in Nairobi’s residential estates will be one of the key pillars of his administration.

• The Nairobi Senator spoke in Kayole, Sunday, after attending a church service at PCEA Kayole Parish. 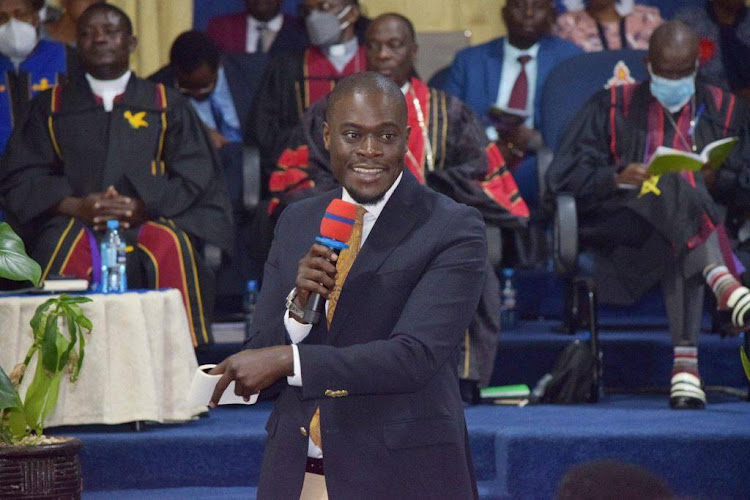 At a cost of Sh3 billion Nairobi’s Eastlands will have a taste of uninterrupted water supply if Kenya Kwanza Alliance Gubernatorial aspirant Johnson Sakaja is elected in office.

The aspirant pledged that expansion and water connectivity in Nairobi’s residential estates will be one of the key pillars of his administration, particularly in the Eastern part of Nairobi that has seen rapid growth over the last few decades.

“We need to put at least Sh3 billion for water piping and sewage system expansion in Eastlands. The rest of the areas too are badly in need of expansion of these services,” Sakaja stated.

The Nairobi Senator spoke in Kayole, Sunday, after attending a church service at PCEA Kayole Parish.

Nairobi has been facing water shortage since 2017 and the situation has not gotten any better.

This has subjected the over four million Nairobi residents to water rationing with some estates  especially in Eastlands even going for a week with dry taps.

Residents have experienced water rationing since 2017, with many households left to seek services from water vendors.

According to Sakaja, access to clean piped water has consistently ranked among the top four needs of Nairobi residents with the other three being employment, the cost of living and security.

Responsibility for expansion of water infrastructure in the city has been placed on the Athi Water Works Development Agency, formerly called Athi Water Board.

Nairobi Water and Sewerage Company which is wholly owned by Nairobi City County Government has the responsibility of distributing and charging for water.

Pledging a better future, Sakaja highlighted that with the mandate of city residents, he will ensure all government agencies in charge of water are aligned towards filling the gap of piped water.

Early this year, Deputy President William Ruto also pledged to complete all stalled water projects If elected as the fifth president of Kenya in the August 9 elections.

"I know water is a problem in Nairobi but my government, God willing, will complete Northern Collector Tunnel and Nairobi, Ruiru II projects which will benefit the whole city," he said.

Nairobi's current water demand is 790,000 cubic metres per day against a capacity of 526,000 cubic meters per day that is supplied from Ndakaini Dam.

The shortage is projected to worsen with the Nairobi Water Master Plan showing the city will require 1.2 billion litres of water daily by 2035.

The collector tunnel, a World Bank-funded initiative, was launched on September 18, 2012, at a cost of Sh20 billion but has not been completed up to date.

The completion of the project will increase the water supply to Nairobi by 140 million litres per day. The water will supply an additional 1.2 million city residents.

The programme according to him will help in the retention of children in school and ensure a higher transition rate to secondary school.

Sakaja promised that his administration will ensure funds are available.
Counties
1 month ago

Cartels are an excuse for poor leadership – Sakaja

Senator says the cure for cartels is not to involve them in governance
Counties
1 month ago
WATCH: The latest videos from the Star
by MAUREEN KINYANJUI News Reporter
Nairobi
15 May 2022 - 18:35