Wiper party nominees for disabled persons' and marginalised have not been gazetted by IEBC due to a legal dispute.

• Once the 57 MCAs are sworn in, they will proceed to elect the speaker and deputy speaker of the assembly. 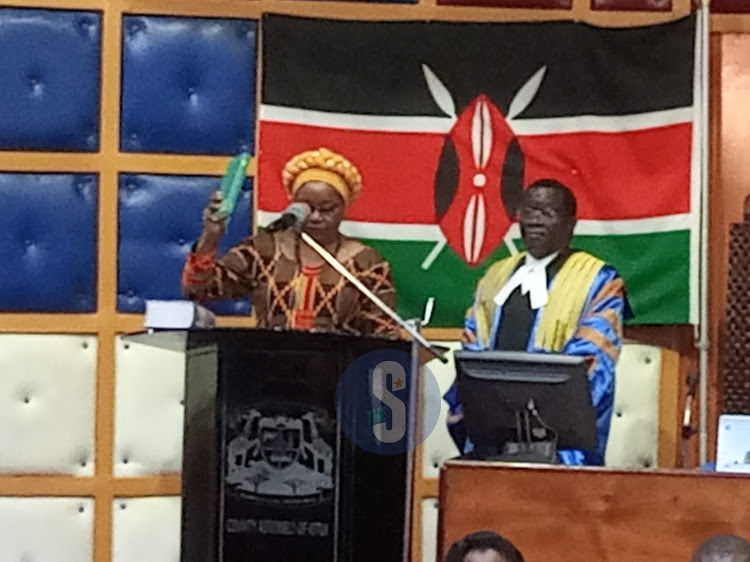 The swearing into office of all the 57 elected and nominated Kitui MCAs is ongoing at the Kitui County Assembly chambers.

Although the assembly is supposed to have 40 elected MCAs and 20 political party nominees, Wiper party nominees for disabled persons' representative and the exponents for the marginalised have not been gazetted by IEBC due to a legal dispute.

The election of the Kyome/Thaana Nzau ward representative was postponed on August 9, following the death of one of the candidates vying for the seat.

IEBC is yet to declare the date of the elections.

The swearing in exercise that is being presided over by the Clerk of the County Assembly Elijah Mutambuki kicked off with the oldest serving MCA Mary Ndumbu.

Ndumbu has been nominated to the assembly for three consecutive terms by the Wiper party since 2013.

Once the 57 MCAs are sworn in, they will proceed to elect the speaker and deputy speaker of the assembly. 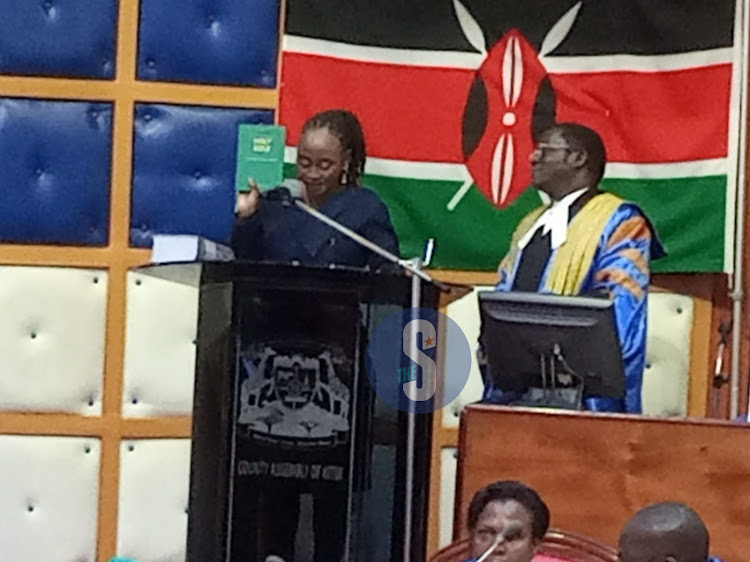 Journalist Jacqueline Kalenga who was nominated to the Kitui county assembly takes her oath on Wednesday morning.
Image: MUSEMBI NZENGU

Candidates have been scaled down to nine down from 20 who had expressed interest
News
1 week ago
Post a comment
WATCH: The latest videos from the Star
by MUSEMBI NZENGU News Correspondent
Eastern
21 September 2022 - 10:54
Read The E-Paper