Say the county has reduced them to beggars 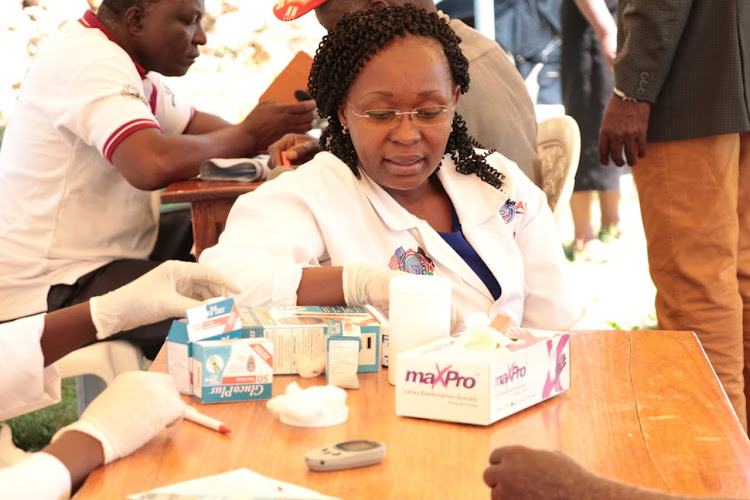 Doctors in Meru have accused the county government of neglect, citing delayed payment of April salaries.

He said the county is yet to address their grievances including delayed April salaries and unremitted statutory deductions.

“These doctors' properties risk being auctioned over county inefficiency in ensuring remittance of statutory deductions," Mugambi said on Saturday.

He said for the last three months, their insurance covers have not been paid. "If anyone of them gets sick, it will be a sad story."

Mugambi also said for the last 12 years, most of them have remained in the same job group.

"We are giving the county 14 days to resolve the issue, failure to which, Meru residents will seek health services elsewhere,” the chairman said.

Health executive Misheck Mutuma was yet to respond to the claims by the time we went to press.

Dr Hadija Mbeleka, a gynecologist, said it was sad for professionals to be crying over their deserved rights.

“In 2020, we sat with the Meru government and they agreed to resolve our issues however, those in charge of the Health ministry are heartless," she said.

“It is unfortunate that health workers have been turned to beggars. All these things used to happen automatically when we were under the national government.

"We call upon the next generation of leaders to consider starting a Health Service Commission, to help counties that are declaring self-incompetent to handle these services,” he said.

He said the 2018 employees were paid handsomely against experienced consultants who are paid peanuts or like interns.

“We must be appreciated for the services we render. The services are crumbling due to insufficient supply of drugs and equipment. We call upon our leaders to come to their senses and resolve our grievances,” Baiyenia said.

He said casuals in the department have also not been paid since last June.

Nyamira medics threaten to down tools

Gitau says the commission is undertaking the third cycle of remuneration review.
News
3 months ago
“WATCH: The latest videos from the Star”
by GERALD MUTETHIA Correspondent, Meru
Eastern
17 May 2022 - 22:00