• “The measure of whether the economy is faring well is visiting the streets. The number of clients shows there is adequate circulation of money,” the senator said.

• He said his government will facilitate free medical care and drugs, as well as condoms to reduce the prevalence of HIV and other sexually transmitted diseases. 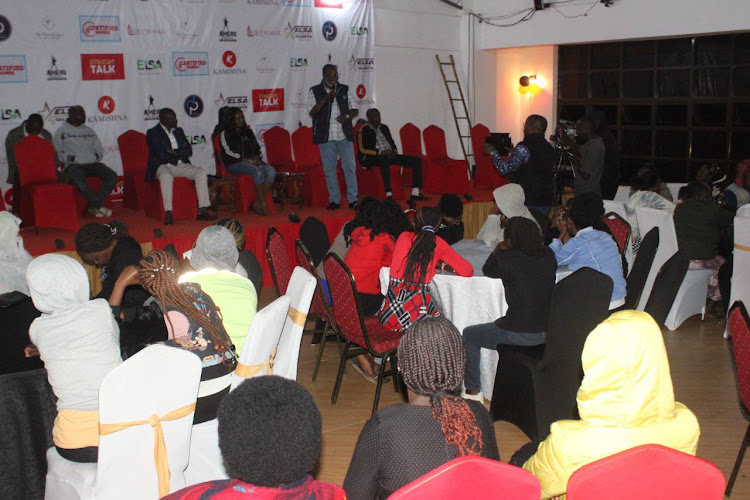 Meru sex workers will be given protection and health benefits, Senator Mithika Linturi and his running mate Linda Kiome have said.

Linturi said sex workers suffered under Governor Kiraitu Murungi's regime compared to Peter Munya's term because money has not been in circulation.

The Meru gubernatorial aspirant spoke on Wednesday night when he met sex workers at Elsa hotel.

He said he is aware that business has gone down since Covid-19 struck.

“I have travelled far and wide and the only measure to test whether the economy is faring well is by visiting the streets. The number of clients shows there is adequate circulation of money,” the senator said.

Kiome said the workers should form groups to benefit from county funds once they are elected.

“You have realised our incoming Meru governor’s love for women and youths. He chose me among Meru youths to be their representative.

"I plead with you to feel free to come to my office either individually or as a group, whenever you are faced with challenges,” she said.

The senator also lashed out at men who beat sex workers once they demand their pay, despite services rendered.

He said his government will provide a conducive working environment away from harassment and mugging.

Linturi said his government will also facilitate free medical care and drugs, as well as condoms to reduce the prevalence of HIV and other sexually transmitted diseases.

The senator, who has been meeting different groups in the county, teamed up with Imenti South MP Kathuri Murungi in bid to dethrone Kiraitu who is serving his first term.

Linturi will vie for governor on UDA ticket— MP Kiringo

Judge Ong’udi says DCI ignored the senator's complaints when he recommended his prosecution
News
6 months ago
“WATCH: The latest videos from the Star”
by GERALD MUTETHIA Correspondent, Meru
Eastern
21 April 2022 - 22:00