Wives spend hours in queues at a small stream, missing out on conjugal rights 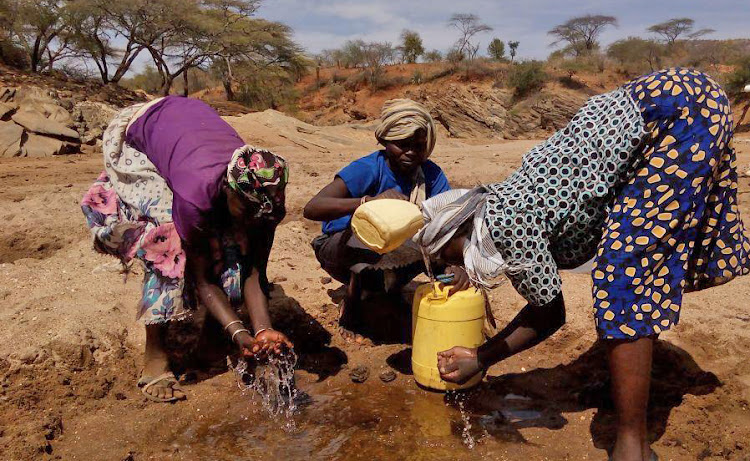 Men from Karama village in Igembe Central constituency are up in arms over scarcity of water that keeps their wives out of bed throughout the night.

They complain that water scarcity has forced their wives to spend the whole day and night outside their homes instead of warming their beds.

Some men are concerned that their marriages are at the verge of collapse due to absenteeism of their wives.

The wives go to fetch water from a little stream and that takes a lot of time.

“We are starving in cold beds while our wives spend long hours especially at night waiting in long queues of jerry cans making us miss out on our conjugal rights,” a resident, Ntarangwi Karithi said.

The residents appealed to the county government to dig a borehole to ease congestion around the small stream and avoid desertion of their wives both at day time and night.

They accused the MCA Richard Gitari of negligence and side-lining them during projects allocation.

They urged the county government through the governor to intervene.

Apart from their marriages being at stake, the children and women are exposed to insecurity at night.

Efforts to reach the area MCA over the phone bore no fruit.