He will be facing other experienced and moneyed politicians eyeing the same seat.

•He lamented that Kitui people have been recycling grandfathers and grandmothers as their leaders.

•Mueke will seek the Kitui governor's seat on the United Green Movement ticket. 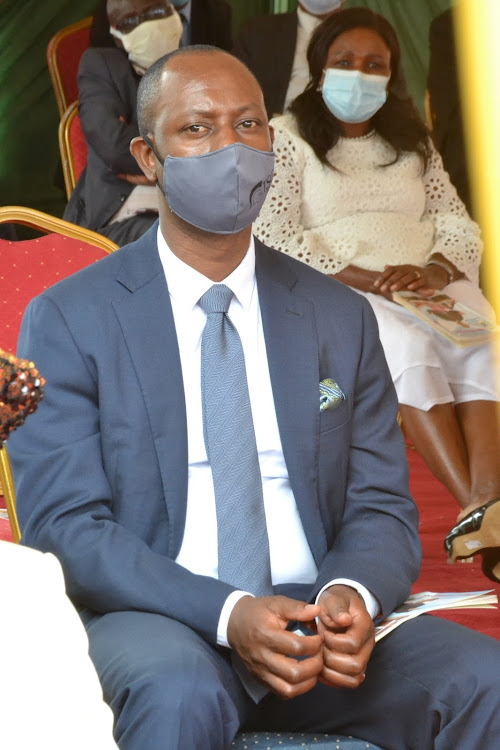 Former Nairobi Deputy Governor Jonathan Mueke declared on Wednesday that he will run for Kitui governor's seat in 2022 to end the practice of recycling leaders.

“In Kitui, we have been recycling grandfathers and grandmothers and electing them into positions of leadership. Most of these people have been in elective leadership and have nothing new or fresh ideas to offer,” Mueke said.

Mueke was in 2013 nominated by Kalonzo Musyoka’s Wiper party to deputise former Nairobi Governor Evans Kidero. He has since fallen out with Wiper and will try his hand in the Kitui governorship contest on the United Green Movement party.

He will be facing other experienced and moneyed politicians eyeing the same seat. It will not be a walk in the park for him.

Already former governor Julius Malombe and Kenya’s ambassador to Uganda Kiema Kilonzo have made clear their intention to run in 2022.

At a burial in Migwani in Mwingi West, former Senator David Musila also hinted at taking another shot at the Kitui gubernatorial seat.

Speaking on the Kamba language radio station Musyi FM hosted by Sir Mwenge Mwenge on Wednesday, Mueke said it was the height of insanity for Kitui to continue having aged people in leadership while the pool of young leaders was inexhaustible.

He said he presented a new order of fresh leadership that would ensure Kitui attains socio-economic progress.

Mueke said that he was keen to ride on the support of Kitui youth who have for years been misused and disenfranchised by people who had reached their sale-by date.

He said he was keen to mobilise Kitui's youth who comprise 70 per cent of the voting population behind him.

“I am going out to the youth in Kitui who make up to 70 per cent of the voters in the county. I want the youth to establish if they have attained any socio-economic ventures that have seen their welfare improve since 2017. They have always been used for dirty political assignments,” Mueke said.

Post a comment
WATCH: The latest videos from the Star
by MUSEMBI NZENGU News Correspondent
Eastern
25 November 2020 - 22:00
Read The E-Paper