Population of mammals, birds, fish, amphibians and reptiles has dropped by an average of 68 per cent since 1970

• Herdsmen, honey harvesters and charcoal dealers have been blamed and a probe to establish the cause of the fires launched.

• But even as this happens, authorities say a wildlife census is set to be carried out to establish the possible effects of fire on the distribution of wildlife. 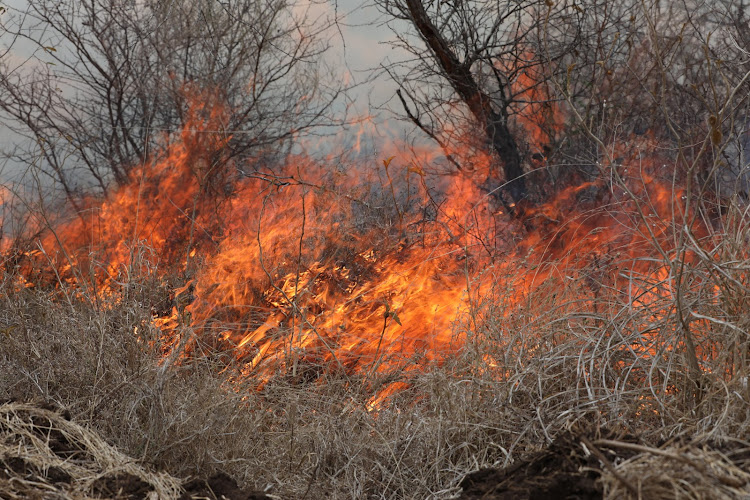 A pair of dik-diks looks from afar as the bush home they had known for decades goes up in flames.

“The two tiny antelope are male and female. If one dies as a result of fire, the other one will automatically die from stress as it will not get another partner,” Africa Wildlife Foundation ecologist Kenneth Kimitei explained.

Let's hope the dik-diks survive and find a new home after losing their habitat in early August in Tsavo Conservation Area.

It covers more than five million acres, the largest protected complex in Kenya. It is more than four per cent of the country's landmass and consists of Tsavo East, Tsavo West, Chyulu Hills and South Kitui reserve.

Both Tsavos and Chyulu Hills have been affected by fires.

Kimitei says bushfires in recent months have devastated protected areas, ravaging the ecosystem and the biodiversity.

Fires kill mammals, birds, rodents and invertebrates, reptiles - all important to the ecosystem.

Herdsmen, honey harvesters and charcoal dealers have been blamed and a probe into the cause of the fires has been launched.

Kimitei said bushfires not only kill animals but also degrade the environment.

“The fires have a serious impact on rodents and snakes which are useful to the ecosystem,” he said.

The ecologist said without snakes, rodents can easily spread diseases to the people living near Tsavo. 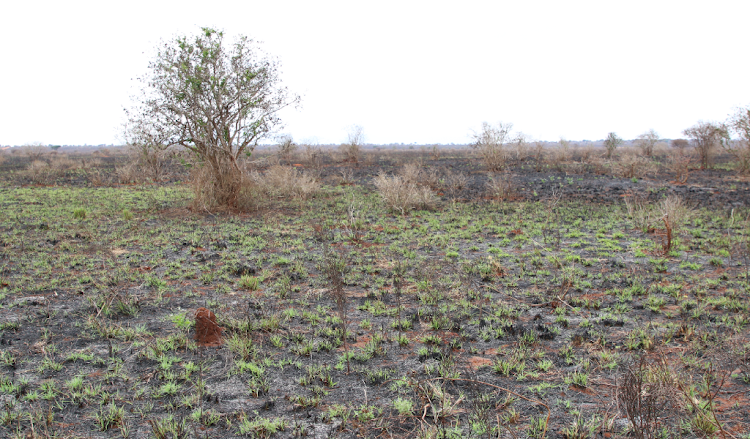 BARREN: A section of the Tsavo Conservation Area that had been engulfed by fire.
Image: AWF

Kimitei said as fire spreads animals move to secure territories, where they can come into conflict with people.

The ecologist said invertebrates, like earthworms, are important in keeping soil aerated and recycling nutrients.

Fires can have dire consequences, such as changing rainfall and climatic patterns.

The expert said, however, that controlled fires can be useful.

"They can be used to control ticks in ranches. They can also remove unpalatable biomass, allowing fresh ones to sprout with rain,” Kimitei said.

The population of mammals, birds, fish, amphibians and reptiles has dropped by an average of 68 per cent since 1970, according to the World Wildlife Fund released on September 9.

Human activities are the leading cause of the decline. The report cites habitat destruction, over-exploitation, invasive species, pollution and climate change.

Another report showed that targets to reverse biodiversity degradation have been missed.

The Global Biodiversity Outlook report by the UN Convention on Biological Diversity said the natural world is suffering badly and getting worse despite progress in several areas.

Biodiversity is essential to human well-being, but it has long been in decline.

Under the Convention on Biological Biodiversity, countries in 2010 agreed to the Aichi Biodiversity Targets – 20 goals to conserve biodiversity that range from preserving species to reducing deforestation by 2020.

Countries had until this year to reach the targets, and then move on to create a post-2020 global biodiversity framework.

Despite some progress, the targets were not achieved.

“We had a lot of rains last year, hence, a lot of biomass. This year has been very dry,” he said.

KWS Tsavo Conservation senior assistant director Robert Njue said they have partnered with organisations to put up a fire station in Tsavo East.

Putting out a fire is expensive. More than 400 people are needed, depending on size, especially if the wind is fueling it, he said.

“If we get resources, a fire station will be ready by early next year," Njue said.

He said work is underway to quantify fire damage.

KWS is denying illegal herders access to the park.

“We suspect some fires might have been caused by [angry] herders as a result of our pressure,” he said.

As the rainy season begins, fires will decrease.

A wildlife census will be carried out to establish the effects of fire on the distribution of wildlife.

Fire breaks out once again at Tsavo Conservation area

KWS said three sets of fire have been reported In Tsavo Conservation Area.
News
2 years ago

Hundreds of local volunteers and the military took part in putting out the fire.
News
2 years ago

The cause of the inferno that broke out on Friday evening is being investigated.
News
2 years ago

About 3 per cent of the Tsavo National Park has been wiped out by the fierce fires.
Counties
2 years ago
Post a comment
WATCH: The latest videos from the Star
by GILBERT KOECH News Reporter
Eastern
28 September 2020 - 22:00
Read The E-Paper