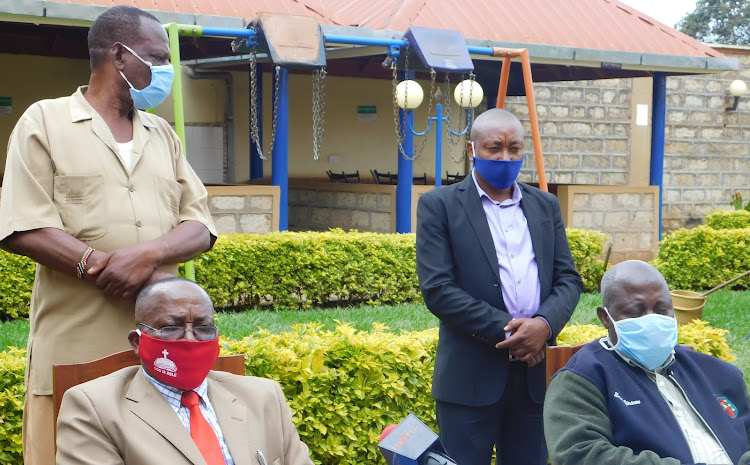 Njuri Ncheke elders have asked President Uhuru Kenyatta not to punish Tharaka Nithi Senator Kithure Kindiki but to let them do it instead.

Secretary general Josphat Murangiri, chairman Linus Kathera and the national executive team asked Uhuru to allow them to summon the Senate deputy speaker and reprimand him for disobeying the President.

Jubilee is planning to kick out the senator from his position as Senate deputy speaker.

Kindiki has been accused of insubordination after he skipped a Jubilee Senate Parliamentary Group meeting called by President Uhuru Kenyatta at State House last Monday.

Uhuru is the Jubilee Party leader.

A special sitting will be held on Friday afternoon to consider the motion.

If voted out, Kindiki will become the third casualty in the ongoing purge targeting Deputy President William Ruto’s allies who hold leadership positions in the Senate.

The Njuri Ncheke elders on Thursday said they were shocked to learn from the media that the President wants to kick out Kindiki.

They urged Uhuru to let them handle the matter as Kindiki is a member of the elders' council.

“A son who sins or goes astray is not killed but he is brought to the elders for discipline. Our cry is to Uhuru to allow us to summon Kindiki to discuss his conduct and ensure he toes the line. Don’t get annoyed alone, allow us to carry the burden," Murangiri said at a Meru hotel.

“He is not the first Meru son to go against the government. We had Kiraitu Murungi, the late [David] Mwiraria and Ambassador Francis Muthaura but they rectified.

"You [Uhuru], your deputy William Ruto faced such predicaments too and you overcame. The oilskin of the house is not revealed to strangers. He is our son, his disobedience doesn’t warrant him being kicked out of government.”

Murangiri said elders have always helped implement government policies and Uhuru should give them an ear.

Kathera said the elders are ready to apologise on behalf of Kindiki.

“We demand the deputy speaker seat be reserved for Kindiki. We fully support the Jubilee government, which we overwhelmingly voted for. Uhuru has done extremely perfect in the fight against corruption, Covid-19 and cartels. He has a [good] development record,” he said.