30 Kwale MCAs to be sworn-in on Wednesday

Security has been beefed up around the county assembly ahead of the event.

• They include 20 elected and 10 nominated MCAs.

• They are thereafter expected to elect their speaker and deputy speaker. 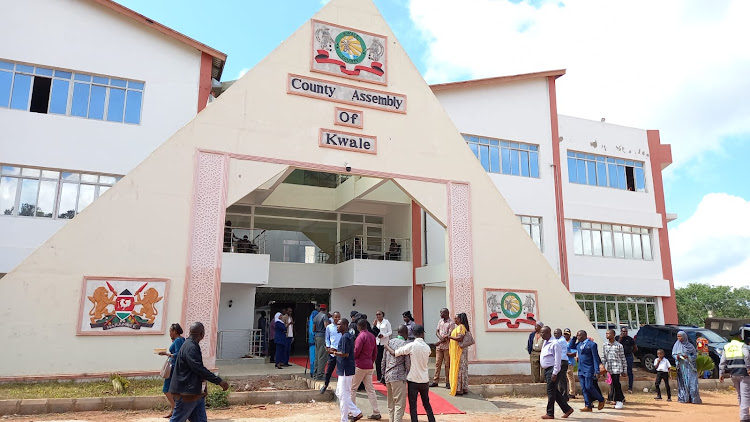 Thirty Members of the Kwale County Assembly elected at the August polls will be sworn in on Wednesday at the Assembly in Kwale Town.

They include 20 elected and 10 nominated MCAs.

They are thereafter expected to elect their speaker and deputy speaker.

About nine people will be contesting for the speaker's post.

Former speaker Sammy Ruwa who served for two terms is among the candidates.

Ruwa previously vied for the county top seat but finished fifth after being trounced by Fatuma Achani.

Achani vied for and won the governor's seat and took the oath of office last month, becoming the first female governor in the Coast region.

Security has been beefed up around the precincts of the county assembly with police officers manning all entry points and roads leading to the assembly chambers.

Okero has made his way back into the assembly after losing the MCA seat
News
1 week ago
Post a comment
WATCH: The latest videos from the Star
by SHABAN OMAR
Coast
21 September 2022 - 11:12
Read The E-Paper