The President and his deputy have been on the warpath 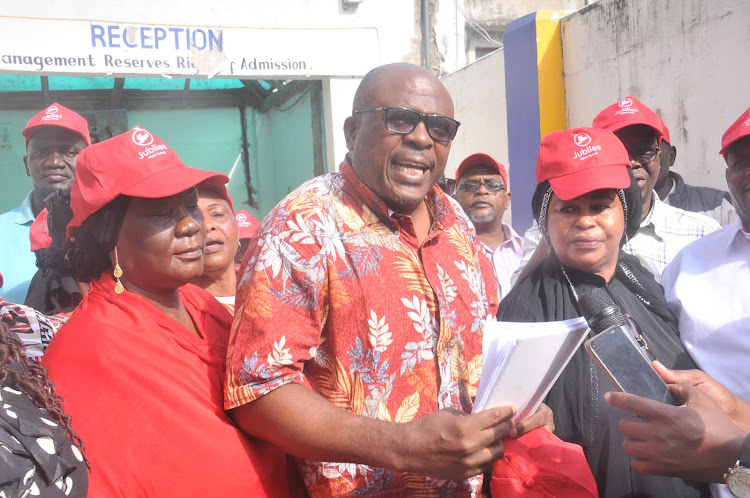 Members of Jubilee Party at the Coast have warned Kenya Kwanza against continued disrespect for President Uhuru Kenyatta.

They said UDA and the entire Kenya Kwanza Alliance had sensed defeat and had resorted to cheap sideshows as they are now facing rejection ahead of the August 9 polls.

Led by Jubilee Mombasa county secretary general Nelson Akwaka, they said Uhuru was still in office and he deserves respect, warning the Kenya Kwanza to keep him off their politics.

“We are seriously perturbed by the abusive statements issued by the UDA party abusing our President,” Akwaka said.

“Uhuru, who is our party leader, is still the President of the Republic of Kenya and must be respected, keep him out of your petty sideshows.”

Akwaka was addressing the media at a Mombasa hotel on Monday.

They pledged their continued support to the President as they promised to mobilise their members and the electorates to turn out in large numbers to vote for the Azimio la Umoja presidential candidate, ODM leader Raila Odinga.

“We understand they are looking for anything to hold on to as they face rejection on the ballot,” Akwaka said.

He further lauded the President for steering the country on the path of peace and development over the last 10 years.

Akwaka also called for peace ahead of the polls next Tuesday as he urged Kenyans to vote wisely.

“We reject those on payrolls being used to tarnish the good image of our President,” he said.

His sentiments were echoed by Janet Mirobi alias Mama Jawambe of the Jubilee Women Wing, who said Jubilee was ready to take UDA head-on.

Mirobi said Ruto had stooped too low in abusing the President and even allowing young politicians to disrespect the head of state.

She asked Kenyans to reject UDA’s propaganda that the President had failed Kenyans saying he (Ruto) is the biggest beneficiary of the Jubilee government for the last 10 years.

“The people are wise now, we won’t accept your lies. You have been deputy president for the last 10 years, tell us what you have done for the coastal people,” Mirobi said.

She further downplayed the move by former Nairobi governor Mike Sonko into the Kenya kwanza camp, saying he has nothing to add.

“He (Sonko) adds nothing to their basket, if he was rejected in Nairobi, what makes him think that he will be accepted here in Mombasa?” Mirobi posed.

She refuted claims that Jubilee had been swallowed by ODM in Azimio, reiterating that they were strong and alive.

Other members of the party said the DP’s time had come to an end and that he should go home when the President retires.

“You have abused Jubilee and the President for long, enough is enough, and you must go home. We are going to fix you on the ballot,” Peter Gishamba said.

The DP has been leading his Kenya Kwanza brigade on sustained attacks targeting the President for the past one week.

Last week, the DP dared the President not to target his children, but to face him head-on.

President Uhuru however hit back, saying he has been abused for the past three years and has been calm about it.

Diaspora in UK put Uhuru on notice over attacks to Ruto

They called Kenyans to reject the Azimio Coalition, which they labelled a political project of Uhuru.
News
1 week ago

Last week, the DP accused President Uhuru of planning to kill his children.
News
1 week ago