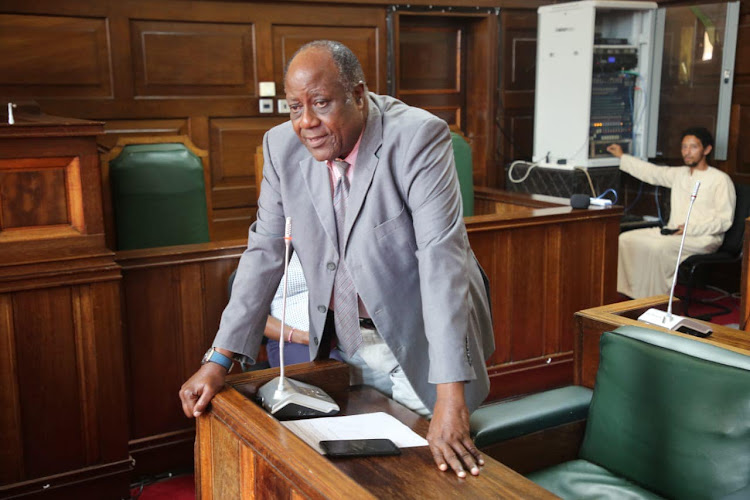 The second Mombasa county assembly adjourned on Wednesday with some MCAs accusing the executive of poor performance.

Kitula said they tried their best but failed due to frustrations from the executive.

“I urge the MCAs in the next government to stand for justice and truth. They should not allow to be used by the executive,” he said.

Kitula, who was once the chief whip under ODM, was kicked out after he started supporting Deputy President William Ruto.

Jomvu Kuu MCA Athman Shebe said in five years, they faced a lot of obstacles that hindered them from playing their role but he never regrets standing for justice and truth.

“Some of us were oppressed, we cried as we faced injustices from the executive. There was a lot of discrimination and preferential treatment," Shebe said.

"I am urging residents not to elect a leader because of a party or religion but pick somebody who will serve you better."

Shebe said his ward never got any funds for projects because he criticised the executive for mismanagement.

“I refused to bow down to human beings. For four years, I have not been on any committee. I am going back but I have nothing to tell my people who elected me,” Shebe said.

“I want to apologise to my people because their hopes were high but I was locked out of the funds."

Renson Thoya, the Mikindani MCA said ward reps are not happy because they were forced to be “yes men.”

“We are not happy because we were frustrated,” he said.

However, nominated MCA Amriya Boy praised Joho for nominating her to represent the youth.

"My greatest experience and the best highlight is when I was chosen to be the chairperson of the justice committee and to lead the BBI forum,” she said.

Many MCAs showered praise on the assembly speaker Aharub Khatri for his leadership skills.

Mwalimu Hamad (Shika Adabu MCA) said at least every ward rep has a project that was supported by the speaker.

“I do not want to blame anyone or any party, I am going home to rest. We should learn to live the way our speaker lived with us, he fought so many battles but he still stood with us,” he said.

The MCAs said the speaker ensured there was unity and they never experienced any fights in the House.

Khatri was described as a young leader full of wisdom, who did a lot under his leadership compared to the executive.

“We have a project we did for our people because the speaker supported us. Because of Khatri, I was able to pay hospital bills and school fees for my people," Bamburi MCA Robert Nyiro said.

“The greatest challenge we faced was the lack of implementation of motions passed in the House and that is why we were always in Khatri office asking for help, he played the role of the executive."

Majority leader Hamisi Juma said that if incoming MCAs will not be led by the current speaker, they will face a hard time.

Khatri said despite all the challenges, the MCAs managed to consider a total of 130 substantive motions, numerous procedural motions, five petitions, 24 bills and raised 244 statements.

“Everyone came with a vision of working for the residents, we faced many challenges which tried to separate us including tribalism and racism but we conquered,” he said.

He said the MCAs tried to deliver because they all had an agenda of serving and changing their lives.

“We are all on transit and the most important thing is doing our best. We have tried and no one can say that we never did. A lot of things have happened but I want you to understand that I believe in you,” he said.

The speaker said he is leaving the assembly better than he found it.

He asked for forgiveness for anyone he wronged and encouraged the MCAs to venture in business in case they won't manage to retain their seats.

Standoff as Sonko denied clearance to vie for Mombasa governor

His impeachment while serving as Nairobi Governor formed the basis of being denied clearance.
News
2 weeks ago
“WATCH: The latest videos from the Star”
by AURA RUTH
Coast
23 June 2022 - 22:00