study shows that by 2050, there will be more plastic in water than fish 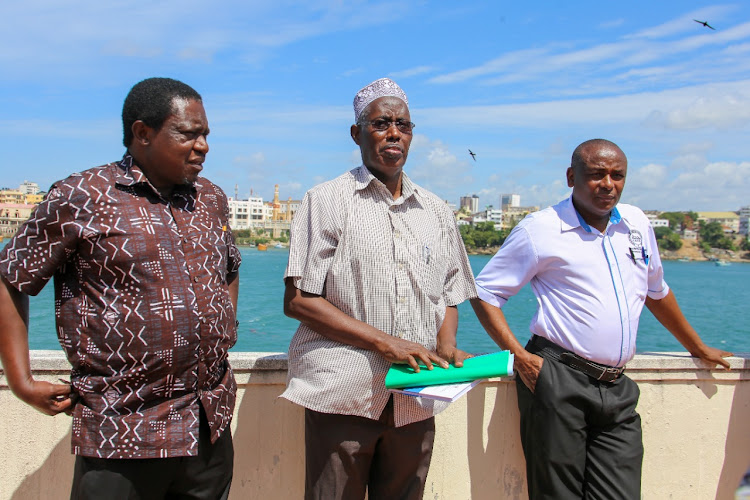 The carbon emission from greenhouses has been pointed out as one of the main problems causing coral bleaching in the ocean.

The coral bleaching is caused by climate change and the change of temperatures in water.

The Kenya Marine Fisheries and Research Institute director general James Njiru described coral as live organisms that when it becomes warm, they die and the corals become white.

He said live coral reefs are always good in biodiversity and support most fisheries in the coastal ocean therefore when they die, they do not support biodiversity.

The DG said KMFRI institute is re-planting the coral-reefs especially in Wasini where they replace healthy coral reefs to affected areas.

“The method of re-planting the coral reefs has worked well because it brings back the live corals to their healthy state. This has also helped in bringing back the fish and attracting tourists who like snorkelling, they cannot do it on white corals,” he said.

Njiru said acidification which is caused by carbon dioxide that comes from the greenhouse gas to the environment, is also one of the challenges that leads to coral bleaching.

“When the carbons join water, it forms a weak carbonic acid causing the PH of water to decline going to the more acidic side of the PH level. This is not good for coral reefs because they sustain on a certain PH so when there is acidification caused by human beings, the coral reefs die,” he said.

He said KMFRI is having a nature based solution where one of them is planting and rehabilitating mangroves because they take five to 10 times the amount of carbon in the atmosphere.

“What has happened to climate change is due to the greenhouse gases and therefore we want to remove the gases on the environment, the plant that does this well is mangrove compared to other terrestrial plants,” he said.

Njiru said the areas which are participating in the planting and rehabilitation of mangrove include Gazi in Kwale, Vanga and Lamu and also they have crossed the border to Tanzania.

The institute is doing this by working with the communities who are helping in rehabilitating by planting the mangrove which have been cut, the programme has not only helped in the research but also improved their livelihood.

“By planting we are creating a good environment for fish to breed, the communities are also gaining whereby they get Sh2.5 million per year which they use to sustain their children. When carbon is taken in by mangroves, it stabilises what is happening in the ocean.”

He said the ocean temperatures are mostly affected by Kenya but also industrialised countries like China, Europe and America because of the gas from greenhouses but as an institution, they are in the forefront in looking for natural solutions.

“We might not be the biggest producer of greenhouse gas but we are trying to mitigate it by planting mangroves which absorb the carbon. We are the first in the world to carry out the exercise, so in a way we contribute to the reduction of the temperatures by nature based solution,” he said.

“What the world would want us to do as we move on is zero emission of carbon.”

Speaking during the World Ocean Day in Mombasa, Njiru said disposal of plastics is also a menace that needs to be dealt with because they suffocate and kill marine life.

“We are being told by our science that in the year 2050, there will be more plastic in the ocean than fish if we maintain business as usual. There will be approximately 900 metric tons compared to 850,000 metric tons of fish.”

He said with time, plastic degrades to micro plastic which cannot be seen with naked eyes and this is taken up by small organisms called zooplanktons thinking that it is food.

The zooplanktons are eaten by fish because it is their food and at the end of the day it is incorporated in the food chain and later human beings eat them in the restaurants.

“If we go the way we are going in some years the percentage of fish we will be eating will be plastic which will lead to more diseases such as cancer,” he said.

However, Njiru said the government has taken precautions by burning the use of plastics in the country and as an institute they are creating awareness in terms of refuse, reduction and recycling of plastics.

They say they are harassed by guards, who sometimes attack their animals with weapons.
Counties
2 months ago