ICT IN THE SLUMS

• The programme is being implemented in Bangladesh slum, Mikindani, with 400 students from six schools benefiting.

• Ahmed said the robotics programme supports the CBC curriculum as it endeavours to prepare the younger generation at an early age to be future innovators. 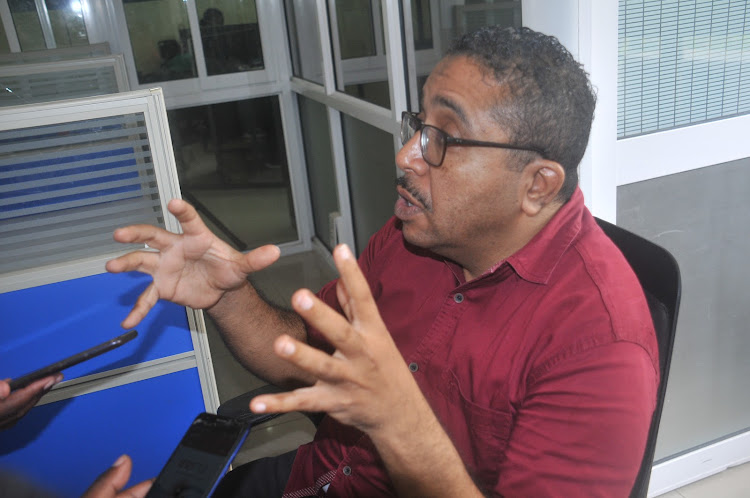 The Mombasa government’s ICT department has partnered with Coderina ED Tech to train 20,000 ECDE pupils from slum-based community schools in coding and robotics.

The programme is targeting 100 alternative provisions for basic education and training (Apbet) schools spread across various slums within the county.

The programme is being implemented in Bangladesh slum, Mikindani, with 400 students from six schools benefiting.

Mombasa ICT chief officer Anwar Ahmed said they had identified one school within a radius of 500 metres from the selected schools that will be fully equipped for children to undertake training.

“The schools are in poor condition with no power and other basic facilities. We picked one school around the area and equipped it so that the children can come and learn,” he said.

“We have crafted a weekly learning session for them.”

Ahmed said the collaboration between the county and Coderina is an excellent example of government and third sector partnership in delivering various kinds of public services to the people.

“It is becoming more evident that the provision of public services is not confined to organisations of the state. Instead, third sector organisations are collaborating with local and national governments around the globe,” he said.

Ahmed said they will soon sign an MoU to operationalise the partnership.

Last October, Coderina, supported by LEGO Foundation and FIRST, donated some LEGO Class Packs to the six underserved and underrepresented selected schools in the Bangladesh community.

The donated kits include Samsung Android tablets and LEGO robotics kits for different groups ranging from ages four to 16.

The county also donated 13 desktop computers to support the programme.

“We are excited about this initiative in Bangladesh and we are committed to supporting this and making it sustainable to benefit the youth of the community,” Ahmed said.

With assistance from the county, Coderina has embarked on a continuous train-the-trainer programme on coding and robotics sessions provided to nominated teachers from the schools.

The teachers are expected to return to their respective classrooms to  train their students.

“The future is bright for the youths of Bangladesh as it is expected that this intervention will change the fortune of the community and transform it from a slum to a growing community,” he said.

Ahmed said the robotics programme supports the CBC curriculum as it endeavours to prepare the younger generation at an early age to be future innovators.

He said the county is ready to partner with other like-minded organisations to make Mombasa an ICT hub.

The Kenya Institute of Curriculum Development in April approved a new syllabus for teaching coding in primary and secondary schools.

This puts Kenya among the first countries in Africa to approve the coding syllabus for its schools.

The classes will be offered by Kodris Africa, an online publishing firm specialising in equipping learners with 21st Century skills such as creative problem-solving and algorithmic thinking from the elementary level.

“We have met with officials from Kodris to see how we can create a road map to implement the coding syllabus in our primary and secondary schools. We want Mombasa to be the first county in Kenya to implement it,” Ahmed said.

John Paul of Haki Yetu said they were hoping for more such initiatives to change the fortunes of the community and its citizens.

“This is the best thing that has happened to our students in such a long time,” he said.

"It has come at the right time, the schools are very much in need. These are some of the programmes that we believe will add value and motivate learners and teachers,” he said.

Athuman, also the chairperson of Apbet schools in Mombasa, said they have about 300 such schools in the county.

He said they expect an increase in enrolment with the introduction of the programmes to Apbet schools.

Kids as young as 11 are innovating solutions to water, health problems
Sasa
9 months ago

Parents have greeted introduction of digital devices in classrooms with caution
Sasa
2 years ago
Apbet
by ONYANGO OCHIENG
Coast
12 May 2022 - 22:00