•Where a few hundreds of people were benefitting from scavenging at the dumpsite, now over 30,000 people get proper food at the same place daily.

•Apart from a serene environment where the public can visit and relax to enjoy the scenic view, the rehabilitated dumpsite serves as a feeding centre, where all and sundry can go for a meal. 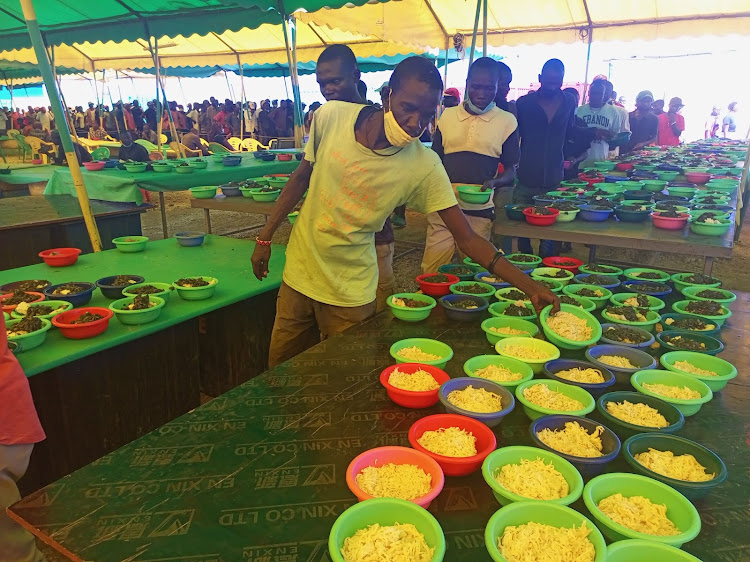 Once a sprawling smelly dumpsite and home to a few street urchins, the former 50-year-old Kibarani dumpsite is now a recreational park.

Its beauty has replaced the garbage.

Where a few hundreds of people were benefitting from scavenging at the dumpsite, now over 30,000 people get proper food at the same place daily.

Apart from a serene environment where the public can visit and relax to enjoy the scenic view, the rehabilitated dumpsite serves as a feeding centre, where all and sundry can go for a meal.

The food, including rice, beans, ugali, mchicha, spaghetti, porridge, vegetable soup, bread and some juice, is served daily except for Sundays.

The numbers are biggest on Saturdays when 36,000 people visit the place to eat.

Mustapha said they start distributing food from 6 am till 5.30 pm and numbers are usually high around 1 pm.

“In the morning the numbers are not high. People who go to look for casual jobs pass by here to have some breakfast before they go to either the CBD or industrial area to look for jobs,”  Mustafa said.

“Food is prepared almost the whole day. By 6 am, the first meals are ready. At 9 am, most of the food is finished and another round of cooking starts. This goes on until 5.30 pm when we close.”

Mustafa said the country’s drought situation coupled with the urge to give back to the community has pushed Mombasa Cement to offer such services.

Mombasa Cement is responsible for the rehabilitation of the former dumpsite, with a little help from the county government and the national government.

The President said the dumpsite should be decommissioned and used for the development of recreational facilities to reposition Mombasa as a top tourism destination in the East African region.

Mombasa Cement Company then began the rehabilitation of the dumpsite into a public park, using more than Sh700 million in the process.

The 20-acre dump, containing yards of waste and fill, has been turned into an ecological park.

Mustafa said the feeding services are available at the Mombasa Cement Feeding Centre along Haile Selasie Avenue near the railway station.

“Due to drought, many people cannot get food.  Some lost their jobs due to Covid-19 and catering for their families has become hard,” Mustapha said.

Some people take the food to their families.

Nicholas Ochieng Otieno, who is in charge of security at the feeding centre, said he is impressed with the level of discipline displayed by those who go to eat there.

“You will find huge crowds of people, but they are usually disciplined, making my work easier,”  Ochieng said.

Although the crowd sometimes becomes unruly, Ochieng said this happens once in a while.

“Sometimes you might find one or two people sizing each other up as they want to fight, but we usually eject them when they do so. So no one wants to miss food because they fought,” he said.

Ochieng said the most troublesome time for him is usually in the morning.

This is because most of those who turn up are casual labourers going to work or people who are going to seek casual jobs, so they want to be served fast to avoid being late.

“Although the crowds are bigger during lunchtime,  they are usually calmer. They are not as troublesome as the crowds in the morning,” Ochieng said.

During this festive season, the park has been decorated with lightings that beautifully glow at night, providing an allure that attracts the eye.

Where there was darkness, foul smell and emission of almost poisonous gases during the night, there is now an attraction that welcomes one as they go to the Mombasa Island from Mombasa West mainland. 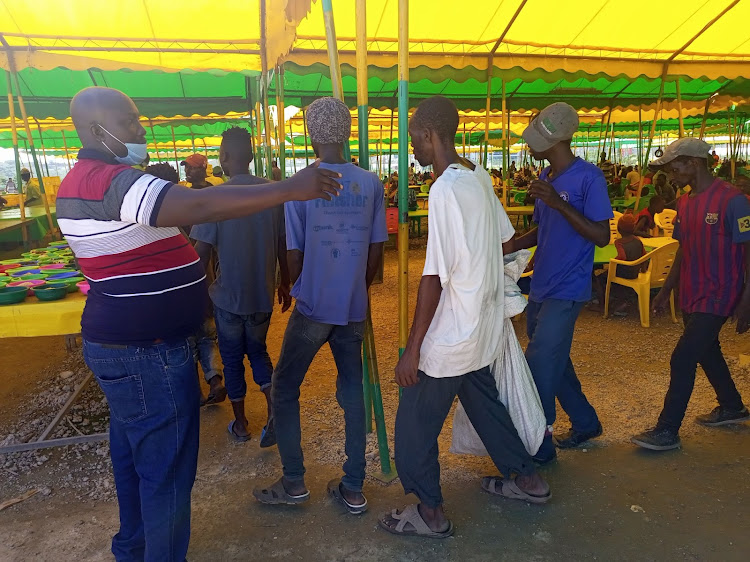 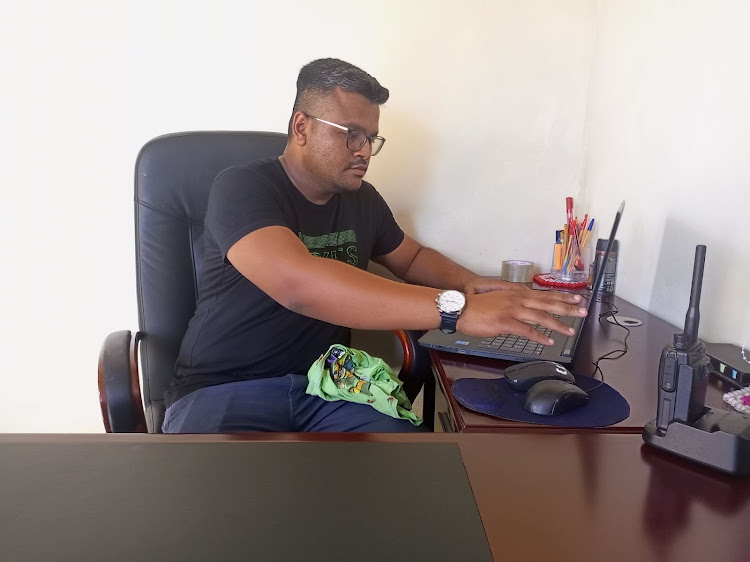 Ghulam Mustafa Salim, who is in charge of the Kibarani feeding centre.
Image: BRIAN OTIENO 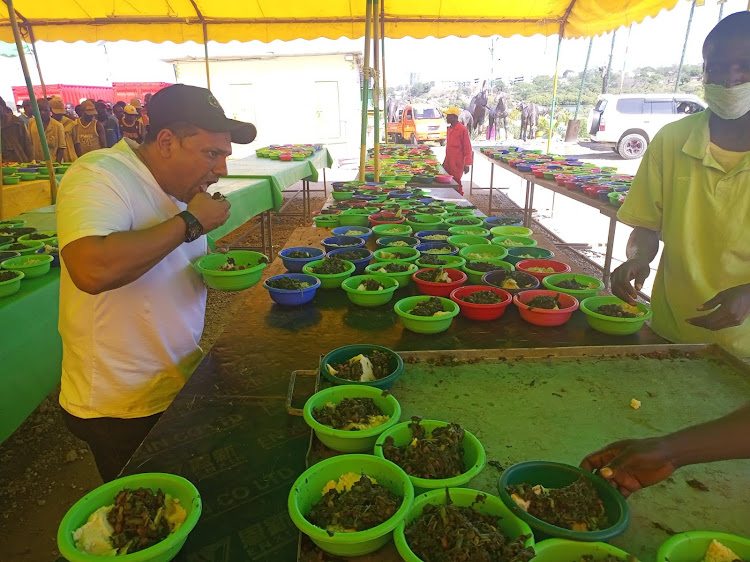 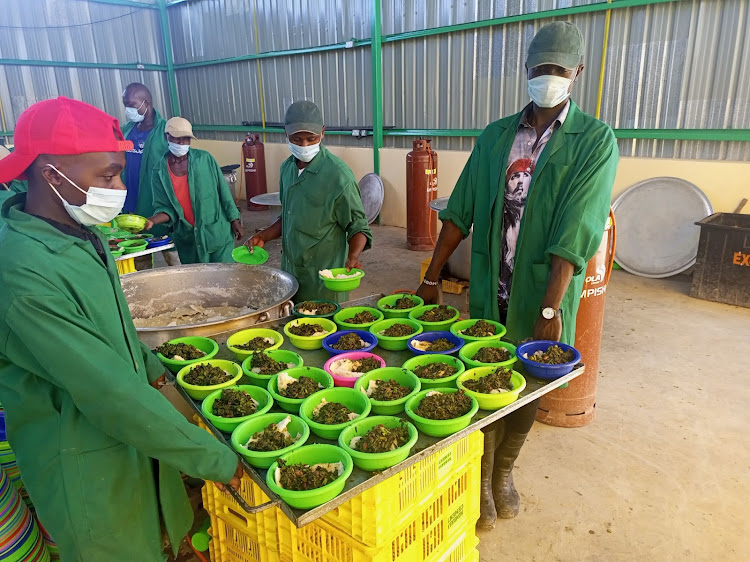 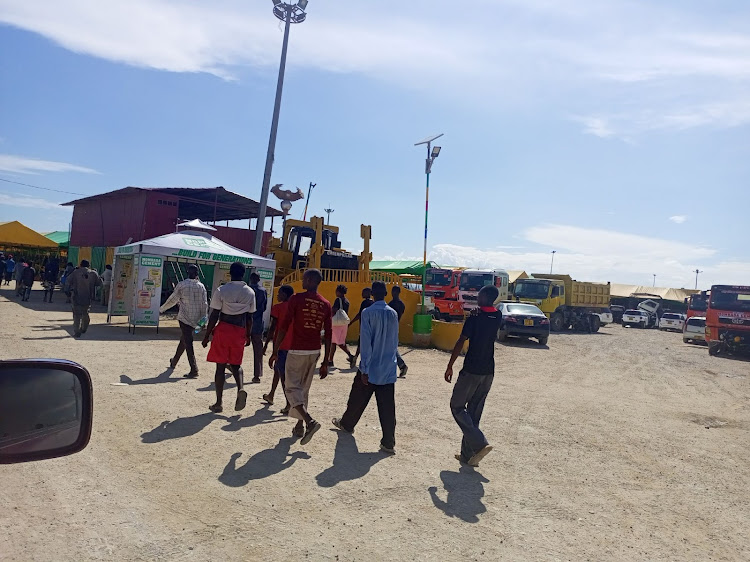 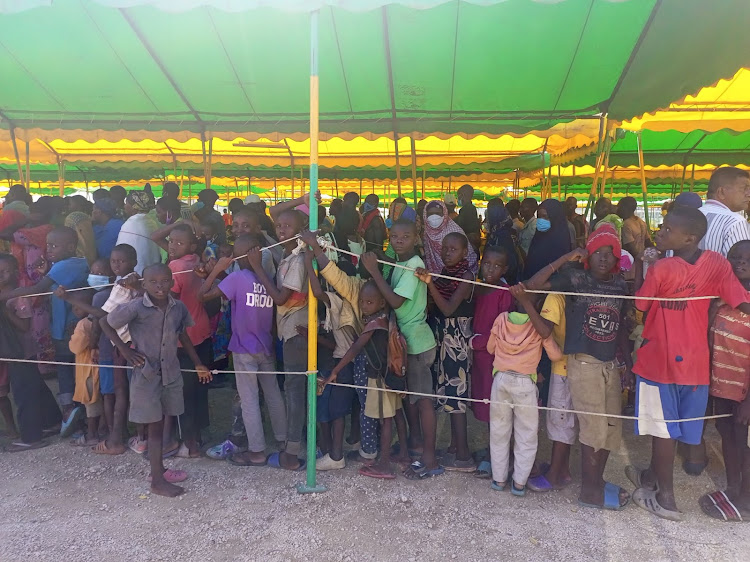 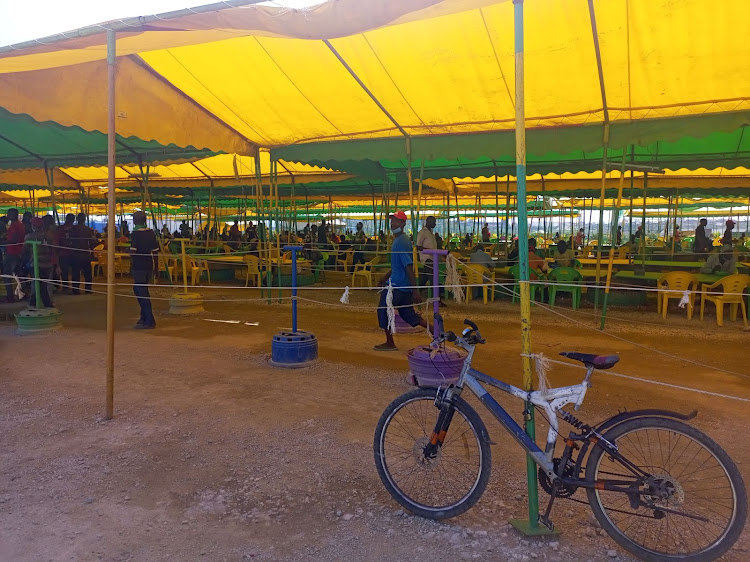 People arrive from far using any means to get the food at the Kibarani feeding centre
Image: BRIAN OTIENO 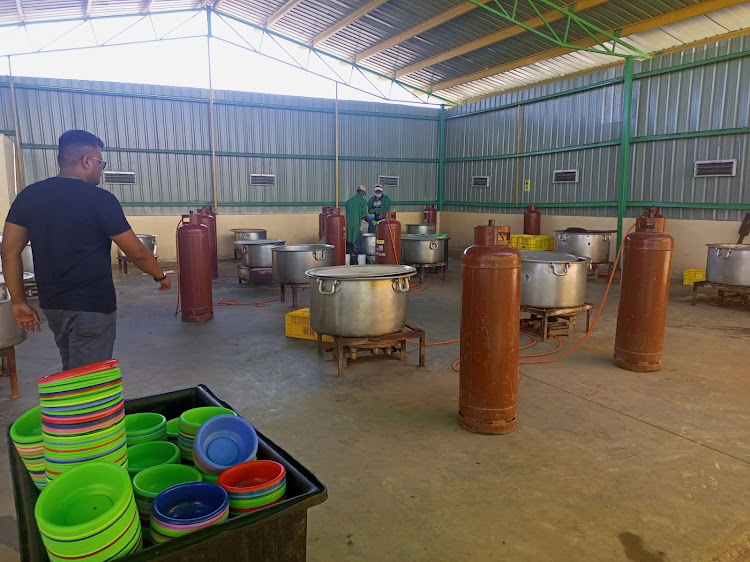